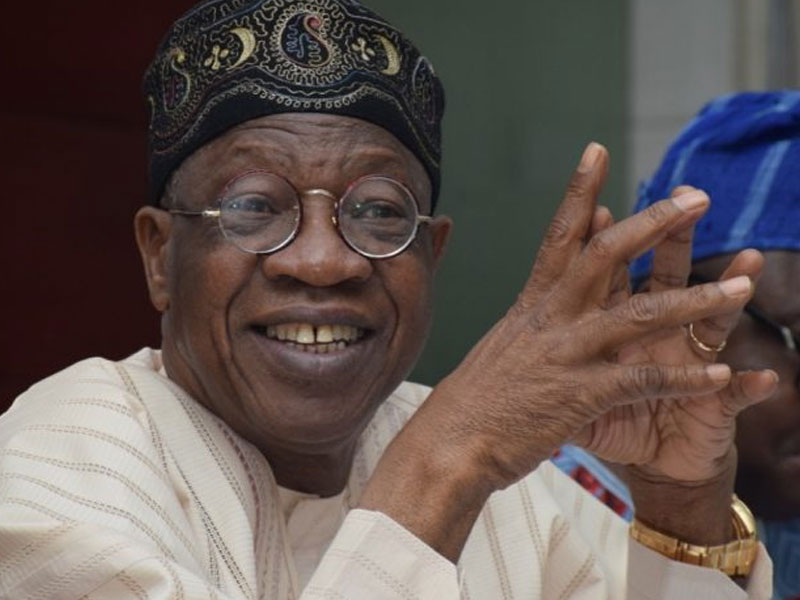 The Minister of Information and Culture, Alhaji Lai Mohammed, has described a famous song ‘Buga’, released by Kizz Daniel, as a connection and reflection of FESTAC `77, held in Lagos State.

FESTAC ’77, also known as the Second World Black and African Festival of Arts and Culture, was a major international festival held in Lagos, from Jan. 15 to Feb. 12, 1977.

Mohammed said this in Abuja on Wednesday at the Annual Public Lecture and Symposium to commemorate FESTAC ’77 @ 45 Anniversary with the title “Deepening Intercultural Dialogue and Integration for Global Peace”.

The programme was organised by the Centre for Black and African Arts and Civilisation (CBAAC).

The minister, who was represented by the Director-General, National Council for Arts and Culture, Otunba Olusegun Runsewe, said that Nigerian artistes had been `bugaring’ since 1977 when the country hosted the festival.

He said that the festival was the largest pan Africa gathering of the time and moment of glory for Nigeria for bringing together 56 countries at a time.

“I believe that without much Ado, we have been able to see the connection between the Nigeria of yesterday, today and that of tomorrow.

“The Nigerians have started bugaring from 1977 that is why today there is connection with the youths of today starting what we called Buga.

“I realised that a famous singer, king Sunny Ade, started `Bugaring’ in 1977 but we did not connect with the message. Today, the message is that there is hope for Africa and the entire world.”

The minister recalled that FESTAC `77 attracted over 16,000 participants and 56 countries, adding that the festival gave birth to FESTAC town which accommodated 45,000 visitors.

“It also gave birth to iconic building, the National Theatre, in Lagos which was a replica of a Bulgarian design as far back as in 1977.

“It played over 77 plays, 50 music and of course 40 art exhibitions with 200 poetry. I cannot image this kind of quality package in the history of any African country.

“Artistes that came included the like of Steve Wonder from USA and others,” he said.

In his remarks, the Chairman of the occasion, Prof. Bawuro Barkindo, recalled that 45 years ago when FESTAC `77 took place, Nigeria was in a jubilant mood.

Barkindo said that it was the time when country used petrol-dollar to execute impactful projects and activities.

Also, the Director-General of CBAAC, Mrs Oluwabunmi Amao, said hosting FESTAC ’77 45 years ago, was a tremendous undertaking that witnessed the greatest and biggest gathering of Black and African peoples both at home and in the diaspora, in a rare show of solidarity and cultural display.

“FESTAC was an epochal event that revived the hope and aspirations of Black and African peoples in a world where they were treated without respect, dignity and recognition.

“Nigeria’s acceptance to organize FESTAC was majorly influenced by the need to recall, record and document the contributions of Africa and peoples of African descent throughout the world to human civilization.”

According to her, FESTAC equally took place to project African cultures to the world and strengthen historical connection and relationship between Africa and the Diaspora.

“Interestingly today, 45 years after FESTAC, Black and African peoples are beginning to take up their rightful places in the world, in medicine, science and technology, sports, music and entertainment, education, arts and creativity and several areas of human endeavor.

“The contributions of the black and African people to the advancement of the world today is well documented and appreciated.

“Today, we are gathered here to commemorate FESTAC @ 45, not in the same magnitude as in 1977 but in a unique way.

“Many activities have been assembled to make this celebration memorable,” she said.