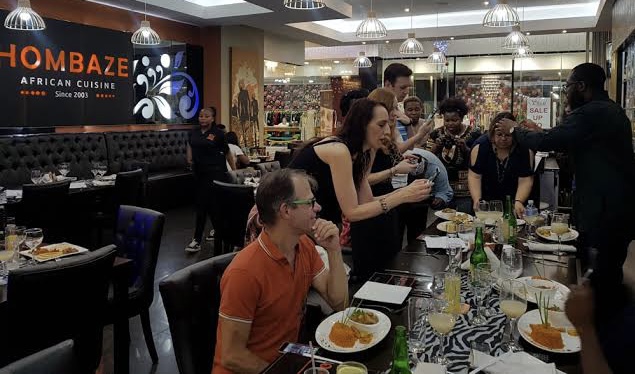 Hombaze African Cuisine, a restaurant in South Africa owned by a Nigerian, has emerged among the top 200 in that country, bagging the prestigious RASA/Rosetta Award.

The restaurant owned by Ken Ayere was nominated from more than 85,000 outlets spread across South Africa.

The Restuarants Association of South Africa (RASA), organisers of the awards, in a letter of nomination said Hombaze was nominated as a finalist for striving for service excellence and contribution to the uplift of the restaurant industry.

“It is in recognition of the highest honours for service excellence and overall contribution to the innovation and uplift of the industry.

“Your participation and involvement in the restaurant industry is valued and we thank you for the contributions you make to ensure its ongoing success,” it said.

The association paid tributes to the management and members of staff of Hombaze for their passion, dedication and hardwork.

“As a token of acknowledgement, we recognise your passion, talents, dedication, commitment and hardwork for food and service of the highest standard.

“RASA is proud to be associated with restaurants of your calibre to be recognised and celebrated,” it said.

The restaurateur, who has been residing in South Africa since 1996, has also been described by many South Africans as a worthy ambassador for his country, mentoring other Nigerians in that country on decent living.

Our correspondent reports that Ayere operates three restaurants in the country, including the one situated in high-brow Sandton mall adjacent to Nelson Mandela Square, as well as the one in Pretoria.

The clientele comprises Nigerians and South Africans as well as other foreigners who take delight in savouring the finger-licking Nigerian cuisines.