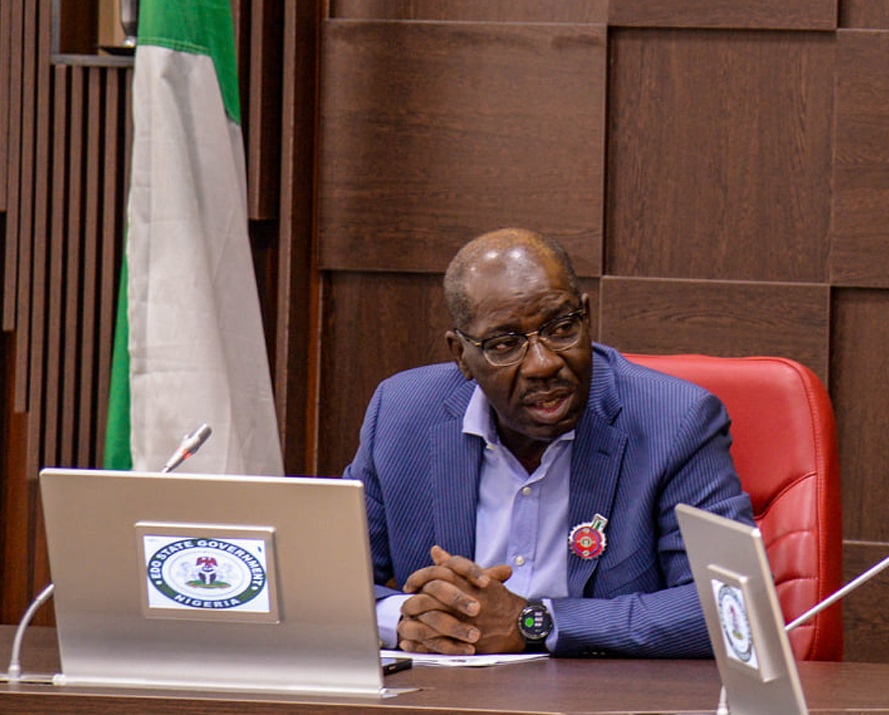 Obaseki made the disclosure at the official launch of the Edo State Flood, Erosion, and Watershed Management Agency (Edo FEWMA) in Benin at the weekend.

Edo FEWMA is a new agency established by the government to sustain the gains recorded in erosion control and flood management started under the World Bank-assisted Edo State Nigeria Erosion and Watershed Management Project (Edo NEWMAP).

Special Adviser to the Governor on Media Projects, Crusoe Osagie, in a statement made available to our reporter on Monday in Benin, said Obaseki reassured that the government would sustain efforts at protecting the environment and ensure improved livelihoods for Edo people.

The governor decried that most of the environmental challenges faced by the state were man-made.

He noted that the government was taking critical steps at building a progressive and prosperous Edo that was resilient to climate change and anchored on sustainable environmental development and a circular economy.

Obaseki, therefore, warned that any agency intending to build roads in the state, including the Niger Delta Development Commission (NDDC), must first register its design with the Edo FEWMA to ensure proper engineering design and erosion control mechanisms.

According to Obaseki, “Over the last 10 years, we have spent over $150 million trying to repair what we have damaged by ourselves.

“We should ask ourselves if this is the way we should continue to go. Can we not prevent some of these things that are leading to the environmental challenges we are faced with?

“Majority of the cases are all man-made. You have a contractor, who was given a contract, and he decides to begin construction, but he doesn’t share the plan, and he doesn’t tell how the water will be terminated.

“He does his own, collects his money and leaves the problem with the communities. That is a major cause of the problem we are having with erosion control.

“So, as a government, we will insist, going forward, that no agency, not federal, not local, even the NDDC, will undertake projects without coming to register with Edo FEWMA because you just can’t come to the state to say you have a contract, you begin to work and not let us know the extent of engineering drawings and how you are going to deal with issues of erosion control.

“As you know in Edo State, over the years, due to neglect, we are now witnessing many challenges that we didn’t see before, particularly gully erosion.”

He said: “The way we have lived in the last 20 years or more, I don’t think we should continue that way; we behave as if our environment does not matter, and nobody cares about land management.

“Communities sell and do not care about planning. People build where they should not and the water that should flow through a natural path does not have a way to go and goes where it shouldn’t and begins to wash away the land. As a government, this has become our priority.

“Our number one priority is our environment because we cannot continue to behave the way we are behaving now.

“If our forefathers had behaved this way, we will not be living here. We can hardly see trees and this means the land cannot hold water if there are no trees.

FRSC to issue certificate to drivers for election duties