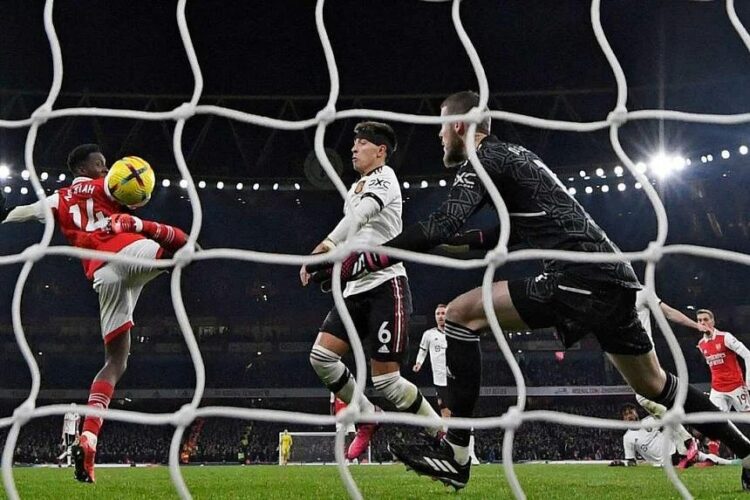 Arsenal restored their five-point lead at the top of the 2022/2023 English Premier League (EPL) on Sunday, with Eddie Nketiah scoring twice in a 3-2 defeat of Manchester United.

His goals included a 90th-minute winner, in a rip-roaring clash at The Emirates.

It had looked as though it would end honours even after Manchester United withstood a late siege.

But Nketiah tapped in from close range to send the home fans into raptures.

A game that fully lived up to expectations saw Marcus Rashford give Manchester United the lead with a stunning early opener.

But Nketiah headed Arsenal level in a frantic first half.

Bukayo Saka’s flashing drive gave Arsenal the lead in the 53rd minute but Lisandro Martinez’s header levelled it up before the hour mark to set up an absorbing finale.

Saka struck the post and Nketiah was denied by David de Gea.

But the hosts were relentless as they avenged their loss to Manchester United earlier in the season — their sole defeat.

Mikel Arteta’s side have 50 points from 19 games, with Manchester City on 45 and Manchester United in fourth place on 39, below Newcastle United on goal difference.

I doff my hat to my players, Algeria coach says