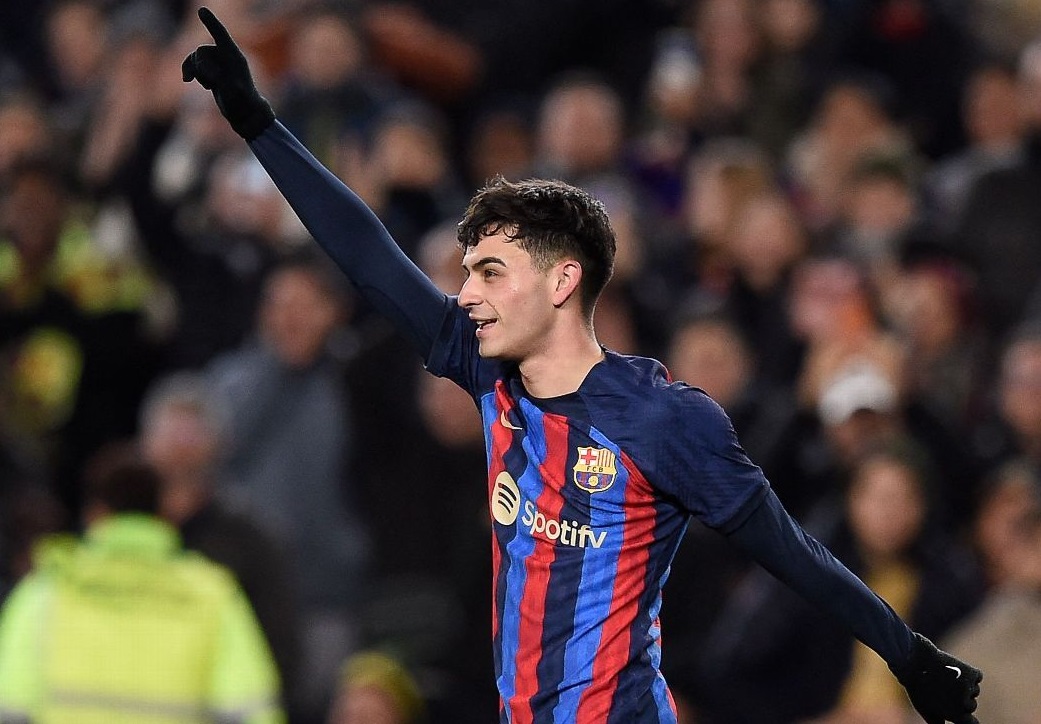 FC Barcelona extended their lead over Real Madrid in the LaLiga standings after Pedri’s first-half strike earned them a 1-0 win over Getafe on Sunday.

Leaders FC Barcelona climbed to 44 points, six ahead of their bitter rivals Real Madrid who have a game in hand and will visit Athletic Bilbao later on Sunday.

Getafe are 16th and level with Celta Vigo and 18th-placed Real Valladolid on 17 points, just above the relegation zone thanks to a superior goal difference.

Xavi Hernandez made several changes to his regular team.

The coach rested key players such as Robert Lewandowski, Ronald Araujo and Frenkie de Jong ahead to their Copa del Rey quarter-final clash against Real Sociedad on Wednesday.

Pedri opened the scoring in the 34th minute when he latched onto a pass from Raphinha and tapped into an empty net.

With almost 70 percent of ball possession, FC Barcelona were dominant in every aspect of the game but did not create many clear opportunities to extend their lead.

There were only four shots on target during the entire match.

After a first half in which Ansu Fati wasted a couple of chances before Pedri’s goal, FC Barcelona came back from the break at a slower pace.

They seamed content with their advantage as Getafe failed to mount a serious threat.

“We were not great tonight. It was not our best game at home and we have to improve a lot, but we got the three points and that’s massive,” Xavi told reporters.

“We struggled against an opponent who played with a low block with five-man in defence. It was an important victory in which we did not give our best version.”

I doff my hat to my players, Algeria coach says

We didn’t get our finishing right, Ogunbote laments after home draw