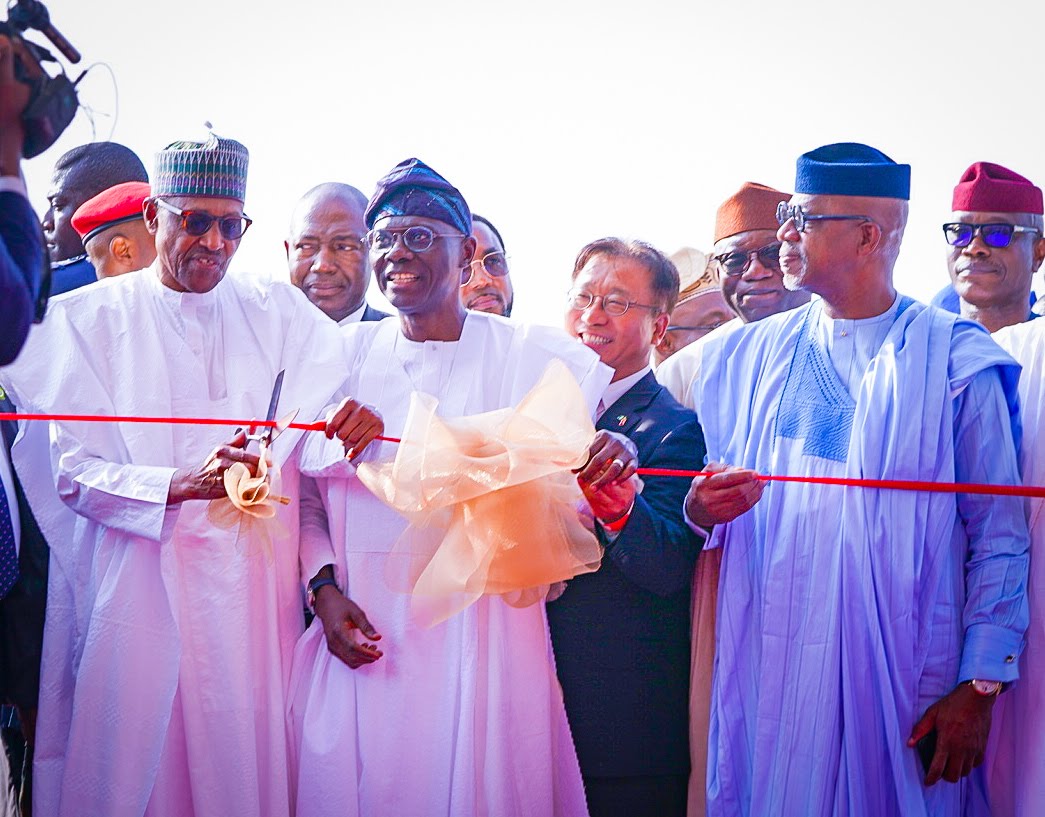 The President in company of Gov. Babajide Sanwo-Olu of Lagos State, Ooni of Ife, Oba Adeyeye Ogunwusi and many other stakeholders in the entertainment and tourism industries toured the entire facility.

”I declare this site open,” the President said.

The John Randle Cantre for Yoruba Culture and History forms part of the urban regeneration at the heart of Lagos Island, a part of the city steeped in rich history.

The centre which used to serve as a hub for cultural tourism, recreation and entertainment was originally built in 1928.

Now redeveloped as a cultural attraction meant to reveal to visitors the time-honoured story of Yoruba ethnicity, one of the most influential ethnicities in Nigeria.

Mr Damilare Ojewole, the site architect, who took visitors on tour of the facility explained that the centre brings to the fore the origin of Yoruba culture.

Ojewole said that the centre educates individuals about the creation of Yoruba empire through ‘Ile-Ori’, ‘Ori-Olokun’, ‘Esu’ and more.

According to him, there is another session for recreation where there are large sized swimming pool and restaurants.

“This place, you will learn about happenings in the Yoruba empire in the olden days and now, the customs and practices.

“We have exhibitions on how naming ceremonies were conducted in the old, divinations, it reveals the various masquerades in Yoruba land, we have contemporary art section, fashion and more.

“At another session, we have a gadget for visitors to check the meaning of their names and we have a good ambience for tales by moonlight.

“The permanent exhibition here celebrates the language, rituals, festivals, dieties and ancestry of the Yoruba people at this time and will ensure that the legacy of Yoruba culture and history is kept alive in Lagos,” he said.

Our correspondent reports that the centre will afford Yoruba experts and novices to be able to dive into the stories, myths and traditions of Yoruba heritage.

The centre is said to serve as a place for rememberance and reconnection for yoruba people from Cuba, Brazil, Haiti, America and the Carribean as well as the rest of Southwest Nigeria.

It reveals how Yoruba culture continues to influence musicians, artistes and creative innovators in the present day.

The architecture of the centre takes its cues from traditional Yoruba architecture and craftsmanship, using visual metaphors to reflect the strong art and philosophical origins of the language and culture.

The building form responds to its context in the shape of a fractal, rises from the earth and leans forward (O tesiwaju), reflecting the progressive nature of the Yorubas.

NSCDC gets new commandant in Lagos

Fulfil your promises to us, Ekiti pensioners appeal to Oyebanji