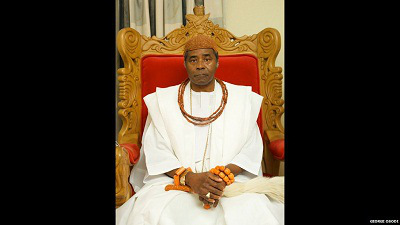 On September 5, 2015, the country lost one of its revered traditional rulers, Ogiame Atuwatse II, the Olu of Warri, to the cold hands of death. The monarch, who died at a private hospital, reigned on the throne of his fathers for 28 years. The late Ogiame Atuwatse who was installed as Olu and paramount ruler of Warri in Delta State on April 2, 1987, succeeded Ginuwa (Gbesimi Emiko) who reigned from 1936-87. Born Godwin Toritseju Emiko in 1945 from the Atuwaje royal lineage, he was the second son of Olu Erejuwa. He attended the prestigious Hussey College, Warri, before proceeding to the University of Lagos where he obtained a Bachelor of Law (LLB) degree. Subsequently, he practised law briefly at Emiko Chambers at Okere, Warri, a law firm established by his uncle.
He later became a member of the Warri Traditional Council in 1983 and Member of Warri Local Government Council, where he served in several capacities.
The monarch was a lawyer by profession and the second university graduate to ascend the throne of Warri Kingdom. Definitely, all through his 28 years reign, he brought élan and panache to traditional leadership, which consolidated the renown of Warri kingdom beyond the shores of Nigeria. That the late Olu’s reign was a roaring success gave attestation to his dexterity and intellectual capacity, which he brought to bear in the discharge of his traditional duties.
Indeed, his coronation brought vigour to the then anniversary “carnival float” in Warri, wherein various types of cars, trailers and other heavy duty vehicles were skillfully re-designed and decorated wonderfully to look like a moving train, ship or house boat on land with beautifully but delicately attired male and female dancers. Before now, the stool he occupied was at one time mired in divisive politics. History records that the ruling Action Group in the old Western Region changed the title from the Olu of Itsekiri to that of Warri. The act did not go down well with their Ijaw neighbours who saw such title as conferring traditional suzerainty of the Itsekiri over all geographical areas that constitute Warri. The rivalry led to internecine conflicts in 1997 between the ethnic groups of Urhobo, Ijaw and Itsekiri following the creation of a number of local government areas by the Gen. Sani Abacha military administration.
One such local government was Warri Southwest with headquarters located in the Ijaw speaking area of the community. However, after much pressure by the Itsekiri on the federal government, the council was relocated to Ogidigben, an Itsekiri area of Warri. The crisis that followed later became known as “Warri Crisis”. Not a man to shy away from controversies, the late Olu built a church inside his palace in keeping with his Christian faith. In 2013, the late king announced his decision to relinquish the traditional title of Ogiame, saying it was from a river goddess. He later backed down after the people and palace chiefs vehemently resisted his plan.
His reign brought profound growth, not necessarily in the development of Itsekiri as a nation per se, but more in terms of the political growth of the kingdom. It was under his reign that the Itsekiri, who are supposed to be the minority among minorities, produced the governor. With the rare privilege also came a lot of recognition, appointments and projects. The late Ogiame Atuwatse II will be remembered by present and future generations as a most worthy custodian of the rich cultural heritage of the Itsekiris, and for the commendable wisdom, sagacity and benevolence which he exhibited in his 28-year reign over the Itsekiri nation.