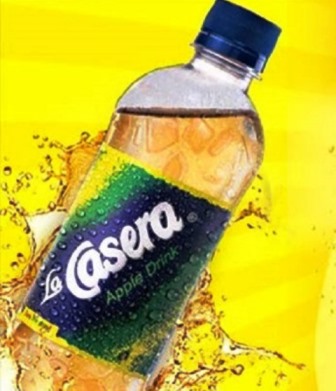 The La Casera Company, the maker of the market leading Apple drink of the same name, on Monday finally recalled 50 per cent of its suspended workers after several pressures from labour union, NEWSVERGE reliably gathered.

It was also gathered that the company has resumed partial operations.

A source told NEWSVERGE that the management of the company though said since it has the power to employ then it should have the autonomy to sack any of its employees.

But the company budged after series of meetings with the executive of the National Union of Food, Beverages and Tobacco of Employees (NUFBTE).

It will be recalled that the manufacturing operations of The La Casera Company was put on hold when representatives of the NUFBTE invaded the company demanding reinstatement of the suspended workers.

According to the spokesman of The Lacasera Company, Mr. Tola Bademosi, “Over 200 shouting demonstrators, some bussed in from out of state, broke into the factory which employs over 780 people at its site near Mile 2. Caught unawares with no prior notice, security guards were unable to hold back the unruly group who broke into the complex, entering offices and production areas.

“Production line workers were compelled to stop work and assemble in the factory yard where they were forced to sign membership consent forms to join the union on the spot. Some of those who refused to sign were brutalized. Employees who tried to film the disturbance on mobile phones were punched and beaten and had their phones taken away. Others signed under duress before taking the opportunity caused by a heavy downfall of rain to flee the scene.

“Unable to guarantee the safety of their workers, management was compelled to shut operations and send everyone home.

“The plant has remained closed over the weekend with its fate uncertain as leaders of the mob have threatened to return again with an even larger force. Further communication from Management is expected soon.”