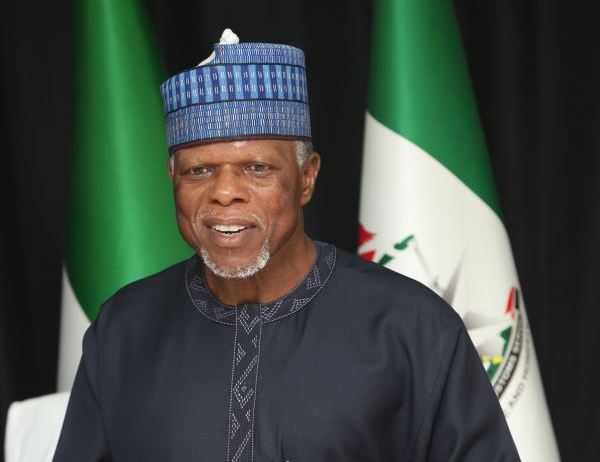 The task before the new helmsman at customs, Col Hameed Ali (retd) is onerous. The first few weeks of the retired army officer on the saddle of the customs service will be instructive as to the likelihood or otherwise, of achieving some quantum leap from the status quo as they stand configured presently.

A legion of germane questions agitate the mind concerning what the mandate of the new customs boss is, and, what his mandate ought to be. In essence, is Col Ali mounting the saddle with a clear, succinct and achievable work order, or has he come on board with a “rough sketch” and an ample latitude to “whip into line” by sheer use of power and its accoutrement of coercion and intimidation, any and all recalcitrant rank and file of the Nigerian customs official.

For starters, what is the service delivery level of the customs at the present time?, is it( the service) operating at optimum or near optimum levels in terms of its statutory functions( a highlight of these major functions includes, but are not limited to: maximum revenue collection, reduction of smuggling to its barest minimal level, trade facilitation, enhancement of informed compliance with the provisions of the customs and excise management act and other supervening laws and regulations of government by relevant import/export stakeholders, security of ports and border formations,etc.).

Following very closely on the foregoing is the further question of Public perception. How does the Nigerian public perceive the officers and men of the customs service? How do these revenue and enforcement officials present to the public?. A third set of question could be summed by an overview of the official emolument package accruing to the rank and file of the Nigerian customs official. Is such a package commensurate to the toil?, Is it adequate?, Is it regular?, Is it industry competitive?, What provision is in place for life after service?

As I indicated at the onset of this piece, these, and very many more salient questions trails the appointment of Col Hameed Ali (retd), as the comptroller General of the Nigeria customs service. These questions will also, in very substantial ways, determine how much success he is likely to record on this tour of duty.

Outside the snippets picked up here and there since Ali’s appointment, there is yet to issue forth detailed official explanation for the rationale behind col. Ali’s appointment, and, for that matter, his core mandate at customs. Most Nigerians are therefore left to haphazard guesses. Col Ali is reputed to abhor corruption. Could his appointment then be discerned as requiring him to clean up the Customs Augean stables?. A kite had, in the weeks preceding his appointment, been flown to the effect that he was favored to head the EFCC: another Pointer to his execration for corruption.

Beyond Col. Ali’s anti-corruption credentials and proclivity for discipline, what else recommends him for the top job at customs? has he a head for figures in their billions and, indeed, trillions?, is he conversant with the murky terrains of the Nigerian import/export sector?. Is he availed of the holistic picture of the players in the import/export chain? To achieve any modicum of change, it is imperative to take a critical look at the whole process and not just at customs. What is the orientation and mindset of the average Nigerian importer? how about his clearing agent?, how and on what terms are waivers, loans/hard currency procured for imports?, what is the mandate of the lending institutions?. What is the degree of conspiracy between players in the import/export chain? What influence can these players bring to bear on a hapless customs institution? All of the foregoing provides the basis for considering the odds the new customs boss may face in the weeks and months ahead.

It is my view that time has come to give more than a passing thought to the issue of national ethos. For as long as we refuse to confront headlong, the need to clearly define our essence as a people, and evolve paradigms that will guide our precepts of who we are and how we and our nation should be perceived, we would not have started any meaningful drive in any direction.

What our president Muhammadu Buhari must begin to vigorously ponder at this point is how to begin to lay, in the minds and psyche of Nigerians, an enduring national etho that seeks, first, to make all of us willing to buy into a more edifying Nigerian spirit, and then, do our utmost to project and protect that Nigerian spirit. The swan song on every lip is that corruption has eaten deep into the fabric of our nation, and I say, that is as it should be, considering that visionary, focused and meaningful leadership and governance had long ago, been abdicated in the nation space called Nigeria. But, I digress.

The Nigerian customs service, being an important revenue collection agency of government, the institution takes not a little pride in the sobriquet “second highest revenue earner for Nigeria”, second to its other behemoth counterpart, the NNPC, has, for far too long, in the view of this journalist, allowed itself be subjected to undue and mostly unfair battery by the Nigerian intelligentsia, a size able percentage of whom are also direct beneficiaries (in one capacity or the other)of the sleaze the institution is accused of (I will dwell extensively on this in my subsequent interventions).

So, going forward, as a result of the clear fact that Nigeria, a near non-production/manufacturing country, albeit a very rampart consumptive economy, is Africa’s biggest market for nearly every shape, size and description of finished product. Africa’s veritable dumping ground! It is in this regard that this journalist makes bold to submit that in terms of stepping up our act in the area of improved trade facilitation, and, compliance informed strategies to boost trade, yes, the new customs boss and the service can!. In terms of doubling or even trebling its current revenue collection capacity, yes, the service can!.

Very easily too: today’s Nigeria customs service is riddled with very numerous revenue leakage loopholes in very many facets of its operations, In that same breadth, the service is equally capable of turning in triple or quadruple its current contraband/prohibition/concealment/under-declared items profiles from its Anti-smuggling activities. All of these, to my mind could very easily be achieved if the new comptroller general of customs gets his mandate right, on the one hand, and, puts his best foot forward.

Related Topics:Can Col. Hameed Ali succeed at customs?
Up Next