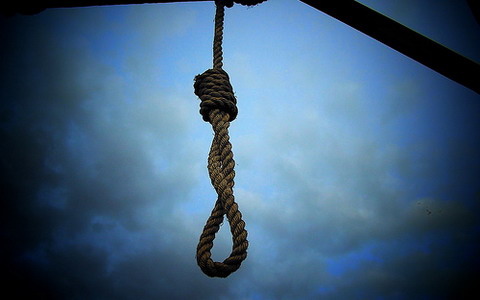 A Policeman, Samuel Timothy, has been sentenced to death by hanging after finding him guilty for fatally shooting a graduate of Industrial Chemistry, Onyekachi Nwasouba in Port Harcourt, the Rivers State capital.

The Police Inspector, was convicted by the high court judge, Justice Adolphus Enebeli on Monday.

The victim, who was into production and distribution of sachet water, was said to have been branded a robbery suspect by the policemen, on the fateful day, after he had gone to distribute his products to his customers.

It was also gathered that the convict, who led the police patrol team, pursued Nwasouba to the front of his house and shot him dead, while shouting that he is not a robber.

Delivering his judgement, Justice Enebeli, in a three-hour verdict, said the convict, who had been standing trial since 2010 alongside Corporal Moses, demonstrated an act of inhumanity.

Related Topics:Nigeria: Court sentenced Policeman to death by hanging
Up Next