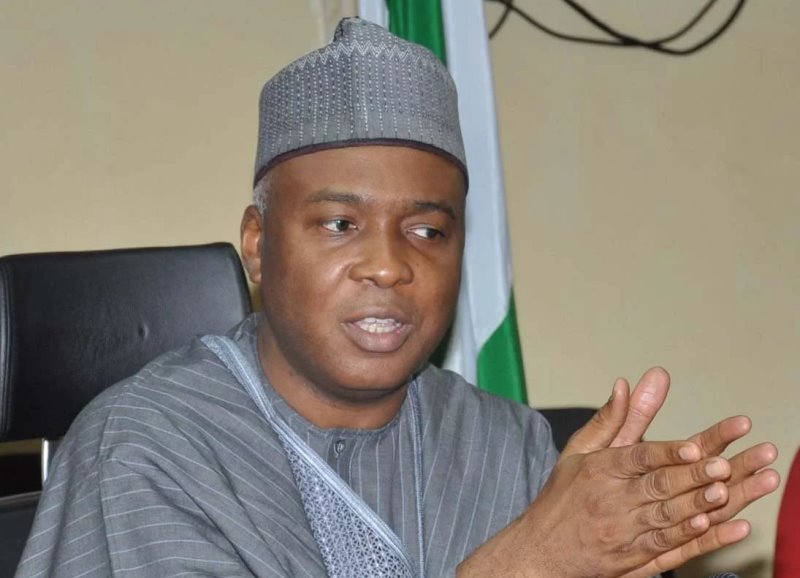 The Nigeria Labour Congress (NLC) said on Monday said it was not party to the call for the resignation of the President of the Senate, Senator Abubakar Bukola Saraki.

In a statement signed by President of the Congress, Comrade Ayuba Wabba, the NLC also called for the an immediate investigation into the cause of the death of pilgrims to this year’s hajj exercise.

The statement reads “the attention of the Nigeria Labour Congress (NLC) has been drawn to the report on The Punch Newspaper of Sunday September 27, 2015 captioned “Resign now, labour unions tell Saraki”.

“The report stated that “Nigerian workers, under the umbrellas of the Nigerian Labour Congress and the Trade Union Congress, have asked the President of the Senate, Senator Bukola Saraki, to vacate his office pending the determination of his case at the Code of Conduct Tribunal.”

“We wish to state categorically clear that the Nigeria Labour Congress (NLC) did not issue any statement to that effect. As a matter of fact, Congress has never made such a demand and therefore dissociates itself from the statement. We therefore urge the general public and our members in particular to please take note.

“The recent mass rally by NLC/TUC and civil society allies in Abuja was to support the anti-corruption crusade of the current administration as well as enthronement of good governance in the country. While Congress will continue to support the anti-graft war, it will however not support the removal of any public office holder without recourse to due process.

“Labour values security of tenure unless there is a proven case of guilt which clearly is not yet the case with particular reference to the Senate President, Senator Bukola Saraki, whose controversial matter of alleged false declaration of his assets is still in court. Congress as a democratic organization presumes all Nigerians, workers inclusive are innocent until they are proved guilty by the courts of law of the land”.

In another statement, the congress described the death of pilgrims unfortunate, pointing out that those injured during the two incidents that occurred in the course of the hajj exercise be given urgent and best medical attention.

While commiserating with the families of those who lost their lives, the congress said “our special condolences go to the families and loved ones of 54 Nigerians who were among the dead. We pray for the repose and admission of their souls to heaven.

“As painful as this incident is, we believe it is predestined. Accordingly, the victims should be seen as martyrs who gave up their lives in worship. We advise that the 805 injured amongst whom were 61 Nigerians, be given urgent and best medical attention that they deserve.

“Managing a mammoth crowd, sometimes in excess of two million people during every annual pilgrimage is no mean task and the Saudi authorities are deserving of commendation certainly.

“However, with over 1200 deaths (earlier deaths caused by a crane mishap), the 2015 hajj ranks amongst the most eventful in recorded history of hajj. We are shocked and completely at a loss by the extent of the losses this year.

“Accordingly, we call for a thorough investigation of the two major incidents that led to these deaths. In order for transparency and re-assurance, we urge that countries whose citizens perished in the two incidents be made members of the body of inquiry.

“But most importantly, perhaps, time has come for the Saudi authorities to review their crowd control management techniques and administration of hajj, generally.”

Related Topics:We are not party to the call for Saraki’s resignation – NLC
Up Next