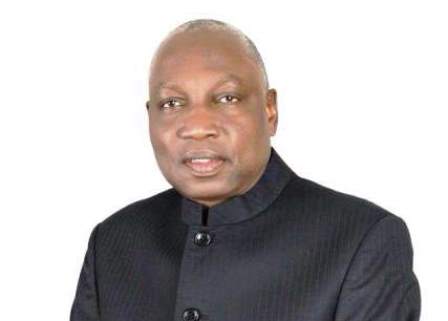 Being at the top of his career has not changed his simple character and his quiet demeanour. Engineer Saleh Dunoma, Managing Director/CEO of the Federal Airports Authority of Nigeria, (FAAN) appears to let his work speak for him. And so it was recently when he was honoured with the highly coveted National Productivity Award by the President, Mohammadu Buhari. Dunoma appears to share the character traits of simplicity and personal integrity with the President.

It would also have surprised many Nigerians that the country’s newspapers were not full of congratulatory messages to Engr. Dunoma on the announcement of the award to him, not because he does not deserve it, but because it reflects his quiet and simple disposition to life.

To those who know him or work with him, Engr.Dunoma is a man of high personal integrity. He would rather let his handiwork and performances speak for him than blow his own trumpet.

Dunoma, a civil engineer was appointed Managing Director of FAAN in March, 2014 following a reshufflement in the Management of the Authority where he was until then, the Director of Projects. Since then, he has worked hard at providing leadership duties expected of him; to enable FAAN, discharge its services at international standards. He has done this in a very professional and unobtrusive way, such that he has been able to carry along various stakeholders in the country’s aviation industry.

Last year, Engr. Dunoma rightly recognised that one of the biggest challenges facing the industry was to ensure that the ongoing upgrade and construction of new airport facilities round the country were done to specification and at highest professional standards. Thus, Dunoma set to work, along with his lieutenants at FAAN, working tirelessly to push forward to completion the ambitious aviation construction projects.

Another big challenge was making sure that our country, Nigeria retained the Category One recertification of our airspace and airport facilities by the US Federal Aviation Authority, FAA, after the recertification exercise.

Indeed, even before he became the chief executive of the government agency, he had been the FAAN’s points-man in the supervision of all these high priority aviation projects.

The Ahmadu Bello University-trained civil engineer had been appointed FAAN’s Director of Projects in 2012, a critical position which gave him direct supervisory responsibility over the ambitious Airport Re-Modelling Project involving at least, 22 federal airports round the country.

A consummate team player and dedicated professional, Dunoma has spent over three decades in FAAN, a period which has afforded him the opportunity to become an expert in various aspects of aviation facility management, especially in the key areas of security, safety, infrastructure development and maintenance.

Dunoma started his aviation career in the Civil Engineering Dept of FAAN in 1980 and rose through the ranks to the zenith.

But even with his appointment to the top job, Dunoma has remained simple and unassuming, preferring to motivate his lieutenants and staff of the aviation agency to deliver top performance in their onerous duties to the country.

Dunoma recently announced that FAAN would soon start an intensive training of aviation security, airport rescue personnel and fire- fighters. He said the strategy is geared towards promoting safety, security and airport excellence, according to ICAO standards.

Only last week during the airlift of the last batch of Muslim pilgrims at the Mallam Aminu Kano International Airport, Kano, he inspected the ongoing construction of the new terminal where he expressed confidence that the terminal will further expand the potential of the ancient city as a hub of commerce and industry.

The FAAN helmsman was also recently at the annual general assembly, conference and exhibition of the Airport Council International (ACI) which held in Panama, a fortnight ago. Dunoma, who was a panellist at the event, emphasized the great prospects of the Nigerian aviation industry to a body that accounts for 590 regular members operating 1,850 airports in 77 countries.

For his diligence in service and hard-work, Engr.Dunoma has received several awards notably, the Distinguished Service Award for Aerodrome Rescue & Fire Fighting Services, Airport Excellence in Safety Award by the Airports Council International (ACI) and a Merit Award of the Nigerian Society of Engineers, NSE amongst others.

Dunoma, the simple, quiet achiever and highly experienced aviation technocrat continues to inspire the men and women he works with at FAAN and beyond, while he keeps his eyes firmly focused on the job at hand.