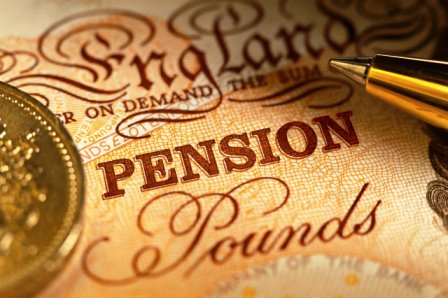 The mayor of London’s newly appointed pension and investment adviser has warned that UK pension funds are in denial.

Imminent European rules could force schemes to put aside hundreds of billions of pounds in additional capital.

Edmund “Edi” Truell, who last month was appointed as an adviser to Boris Johnson following two years in charge of the London Pensions Fund Authority, believes Brussels will impose stricter than expected solvency requirements on pension funds within five years.

Truell, who made his name as founder of Duke Street Capital, the private equity firm, in 1998, said the majority of UK pension schemes were ‘blissfully unaware’ of the looming requirements.

He said: “If you listen carefully to European regulators, they intend to impose [insurance-style regulation] on pension funds in the next five years. The industry denies this, but the guys in Brussels are saying that is what they intend to do.”

According to him, “It is a big threat coming down the line because it would require hundreds of billions of pounds of additional capital to go into UK pension funds to meet the standards, whether they are in the public or private sector.”

Truell added that most pension fund trustees or managers ‘just hope it won’t happen to them’, instead of planning for the worst.

Only the 100 largest of the 6,000 private sector defined benefit pension schemes in the UK are aware of this potential threat, according to Alan Collins, a director at Spence & Partners, the actuarial consultants. The knock-on effect on companies could be significant, he added.

“The most extreme outcome of this would lead to the disclosure of higher deficits on company balance sheets, which would inevitably lead to calls for these funding gaps to be plugged more quickly,” he said. This, he opined, would exert considerable pressure on sponsoring companies and ultimately weaken profitability.

Brussels first considered introducing stricter solvency rules for pension funds in 2012, under a revised version of the Institutions for Occupational Retirement Provision directive, according to James Walsh, policy lead at the UK’s National Association of Pension Funds.

The former European internal markets commissioner, Michel Barnier, was forced to drop the proposal after it was met with strong opposition from the UK, Ireland, Germany and Belgium.

Previous Eiopa studies have indicated that UK defined benefit pension deficits could increase by £150bn under the regulator’s proposals, according to Mr Walsh.

Eiopa is planning to deliver its final advice on solvency standards for pension funds to the European Commission in March 2016.

Walsh is optimistic that Brussels, with the support of Barnier’s successor, Jonathan Hill, will oppose recommendations that could force pension funds or their sponsoring companies to inject billions of pounds of capital into them.

He added: “You cannot be complacent — never say never. [Increased capital requirements for pension schemes] would be a very major blow. Funding DB pension schemes is already expensive for UK employers and it is one of the reasons why we have seen the closure of many DB schemes — this would certainly accelerate that trend.

“The result would be more employers would close their DB schemes and employees would then be in [defined contribution] schemes where the risk is all on the individual employee. Far from trying to protect peoples’ pensions, [Brussels] might end up undermining pension provisions.”