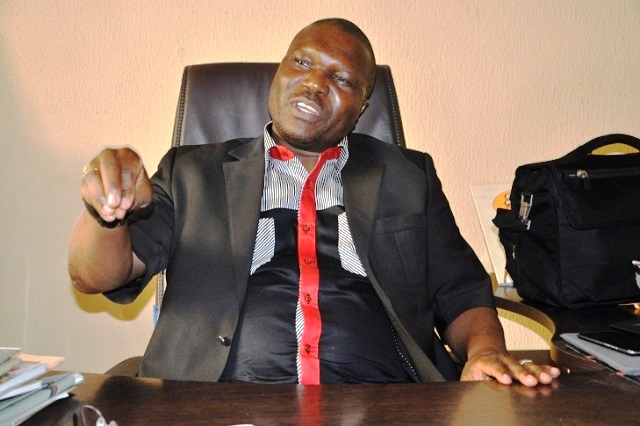 The Trade Union Congress of Nigeria (TUC) gives fraternal salute to all Nigerians on this special day, the 55th anniversary of our independence from colonial rule.

The 1st of October each year remains epochal in the annals of our country because it reminds us of our heritage, the vision and struggles of our heroes past, our present circumstances and our common destiny in God. True, 55 years of independence might seem like child’s play when juxtaposed with older nations like the USA which have enjoyed nationhood for over 250 years, but shouldn’t we be doing well as a people? How much progress have we made? Given the enormous wealth of human and natural resources that the Creator has bequeathed to this country since independence, should there be any Nigerian in lack of any basic need of life? Should we not be amongst the frontline nations of the world in all material respects? Or are national wisdom, progress and development determined solely by age? We think not.

This year’s independence anniversary provides another vintage opportunity to reflect on the Nigerian polity, economy and society. A dispassionate and honest appraisal readily reveals that the current state of the country gravely falls short of the lofty dreams and aspirations of our founding fathers. Life has become unbearable for majority of Nigerians, a fact that is evident in the rising dreary socio-political atmosphere characterised by intrigues, poverty, unemployment, wide-spread corruption, armed insurgency and terrorism, kidnapping of all and sundry, cultism, rampart prostitution/rape, mass emigration, de-industrialisation, tribalism and nepotism, inept leadership at various levels, and a host others ills. Nigerians are clearly disenchanted with several aspects of our national life, especially the performance of key functionaries and institutions involved in governance. We join other well-meaning persons to preach patience for emerging changes.

Compared to other nations that are Nigeria’s contemporaries in the attainment of statehood, we have made far less progress in economic development, especially in the area of infrastructure. Without any doubt, the robust gains and firm foundations for development laid by the colonial masters and founding fathers have since been eroded over the years through ill-conceived policies, ineptitude, corruption, nepotism and other ills.

Some basic challenges that we are currently grappling with include: ethnicity and nepotism; unemployment, poverty and hunger; widespread corruption; non-ideology based politics; insecurity, insurgency and kidnapping; mismanaged economy and free-fall of the naira; outrageous taxation and electricity billing systems; casualisation of labour, etc.

Notwithstanding the myriad of challenges facing our beloved nation, however, Nigerians must not despair. Contrary to the opinion of some of our foreign detractors, ours is far from being a failed state. The advanced democracies equally have their peculiar challenges, yet their citizens have not dismissed their countries or redrawn their maps. The tough times we are passing through are definitely not insurmountable.

Fortunately the new Buhari-led administration has made “change” its mantra and determined to stamp out corruption and other vices, and has so far spoken and acted in tandem with that commitment. We advise the government to remain focused on that path so that we may all soon walk into the bright sunlight the glimmer of which we have seen at the end of the tunnel. We must keep our hope alive because we have a greater future ahead. God helping us, it is time for Nigeria to move forward again.

Statement by Comrade Bobboi Bala Kaigama, President of Trade Union Congress of Nigeria (TUC), on the Occasion of the 55th Independence Day Anniversary of the Nation on 1st October, 2015

Related Topics:[email protected]: Time to move forward
Up Next

Nigeria vs B/Faso: Ambrose in for injured Omeruo