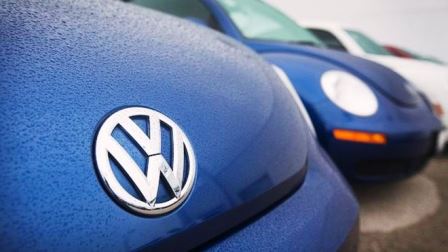 French authorities have opened an inquiry into Volkswagen over the rigging of emission tests.

The Paris prosecutor said it was investigating suspicions of “aggravated deception”.

Last month VW admitted that 11 million of its vehicles were fitted with devices which allowed them to cheat emissions tests.

Shares in VW fell by 3.5% to a four-year-low on Friday, adding to a 43% plunge since the scandal began.

Also on Friday, Swiss road authorities put a ban on the sale of new VW diesel cars, as well as used imported ones.

That follows news that in the UK, sales would be suspended of 4,000 vehicles, including Skoda, Audi and Seat brands, thought to be fitted with the cheat device.

In the United States, VW has also stopped the sale of all new diesel cars.

Olaf Lies told the BBC’s Newsnight programme: “Those people who allowed this to happen, or who made the decision to install this software – they acted criminally. They must take personal responsibility.” (BBC)

Related Topics:France opens inquiry into Volkswagen 'deception' scandal
Up Next

The need to have an independent committee for a Maintenance, Repair and Overhaul