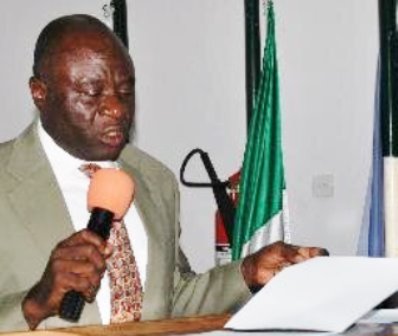 The Centre for Aviation Safety and Research (CAS-R) joins many Nigerians and aviation stakeholders to express its appreciation to Mr. President for his focus on further repositioning of the aviation industry to create growth and development.

His constitution of the Committee on the new National Carrier will provide the country with a platform for diplomatic negotiation from a position of strength and to support current domestic airlines with opportunities to stabilize their operations. The new carrier will, amongst others, help in reducing the current high capital flight, provide employment for many young people in aviation and start a developmental revolution in the aviation sector. This will help Nigeria to catch up with other nations.

However, CAS-R is calling on Mr. President to urgently constitute another committee to look into the establishment of an independent Maintenance, Repair and Overhaul centre.

This Maintenance, Repair and Overhaul (MRO) will be conceptualized to service all or most of the aircraft currently operating and those that will, in future, operate in Nigeria, especially commercial airplanes in the country and beyond. While we laud the new airline being proposed, we believe a MRO project should receive a similar or even more important attention than the airline.

The reason for greater attention, is that, a well-established MRO, beyond meeting the needs of the industry, will provide aviation the needed foundation for aviation manufacturing, with the ultimate aim of producing our own brand of airplanes; it will also provide massive employment, much more than the airline. Undoubtedly, Nigeria should take advantage of the absence of this facility within the West African region and establish one concomitantly with the new airline. Such huge a project will also raise the current paltry contribution to the nation’s GDP from the less than five percent.

The committee should be tasked to look at the ownership, scope, funding and all others associated with the establishment of an MRO.

Countries, as small as Mauritius, are boasting of such huge facilities that cater for different sizes of airplanes all over the world and making money for their nation, Nigeria should, therefore match its growing fleet of airplanes with an equal MRO and stop the drift of capital to other countries.

Mr. President, the time to achieve this is now!

Sheri A. Kyari, is the Founder/Executive Director Centre for Aviation Safety and Research (CAS-R)

Related Topics:Repair and OverhaulThe need to have an independent committee for a Maintenance
Up Next

2023 election will be based on competence, capacity, character – Obi