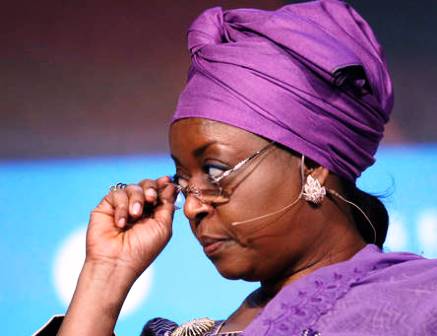 Former Petroleum Minister, Mrs. Diezani Alison-Madueke, who was arrested in London, Friday, has been granted bail.

It was gathered that the former petroleum minister was granted bail by a magistrate court in London after she had been detained for several hours.

Diezani was arrested in London, today, by the International Corruption Unit (ICU) of the country’s National Crimes Agency.

The agency announced on its website on Friday that it had arrested five people “across London” as part of an investigation into suspected bribery and money laundering offences but stopped short of naming the suspects.

The Asokoro, Abuja residence of the immediate-past minister of Petroleum Resources was also stormed by operatives of the Economic and Financial Crimes Commission (EFCC), in what has been described as part of a multinational investigation of the former minister.

According to a security source, EFCC made “significant recovery” of documents at her Abuja residence.

Meanwhile, the Presidency on Friday, declined to comment on the arrest of Alison-Madueke,as well as, on the raid of her Abuja residence.

Related Topics:Diezani Alison-Madueke regain freedom in UK
Up Next