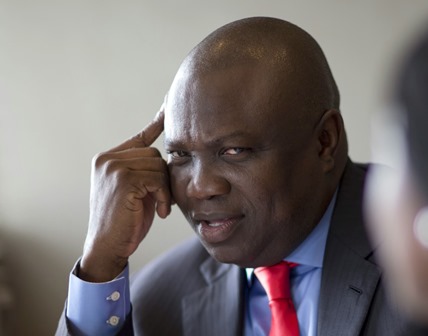 The Lagos State House of Assembly has denied fighting Governor Akinwunmi Ambode by constıtutıng a 15-man screenıng committee to subject his cabınet nominees to an unprecedented pre-screening before appearing before the entire 40 member House for another round of screening.

Addressing the Assembly correspondents on the issue, on Friday, October 2, the Deputy Speaker of the House, who ıs also the Chaırman of the Commıttee, Hon. Wasiu Sanni Eshinlokun, argued that the process was constitutional.

According to him, Section 192 (4) of the Constitution provided that nobody should be appointed as a Commissioner of the state government unless he was qualified for election as a member of the House of Assembly.

“We want to do the necessary things because if we call the nominees to floor of the House and ask them to just take a bow and go, that would appear to be business as usual. The whole thing bothers on the provision of the constitution,” Eshinlokun explaıned.

“As you aware that cabinet nominees in Cross Rıvers State were asked to write aptitude test. We do not have any issue with the executive and it is wrong to say that we set up the committee because the Governor wrote that the cabinet members would be sworn-in on Monday 5th, October.

“We are not even aware of such a date. The Governor did not give us any swearing-in date in the letter he sent to us,” he stated, adding that they had to do their job properly as law-makers.

Eshinlokun explained further that any nominee that was found to have presented fake certificate would be automatically disqualified.

Saying it should no longer be business as usual based on the current change mantra in the country, he stressed that nominees would still be invited to the floor of the House for another round of screening at the end of the committee’s work, which would start today (October 5) and end on Friday, October 9.

Areas to be considered by the screening commıttee according to Eshinlokun, include proof of party membership with letters from the state chairman and respective chairman of the local government chapter of the nominee, as well as the concurrent of the honourable members representing the nominee’s local government.

Others are profiling by the Directorate of the State Security (absolving the nominee of act of terrorism or corruption) and certificate of fitness from any Lagos State Government General Hospital.

Related Topics:Lagos Assembly denies rift with Ambode
Up Next