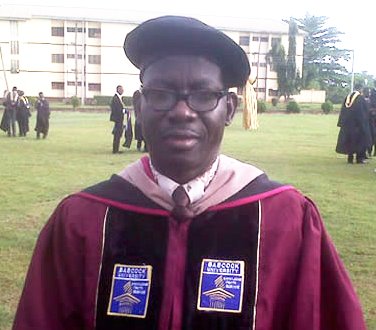 The Nigerian Institute of Public Relations (NIPR) has said that it was gratified to have the Buhari administration as a constructive partner in an ethical revolution, in which almost every Nigerian would play a role.

Its President, Dr. Rotimi Oladele, told journalists, in Lagos, on Sunday, that, in projecting its relevance in remaking the country, the body would, henceforward, organise an annual independence day lecture, freighted on “information, integrity, relationship and reputation” – the core issues of public relations.

He said the maiden edition of the lecture titled “Traceable Identity as a Pathway to National Reputation and Development”, would hold in Abuja, on Tuesday, October 6 – with the Permanent Secretary, in the Federal Ministry of Information, Mrs. Folashade Yemi-Esho, as the key speaker, while the Director-General, National Identity Management Commission (NIMC), Dr. Chris Onyemenam and the Special Adviser on Media and Publicity to President Muhammadu Buhari, Mr. Femi Adesina, would be special guests.

The traceable identity project, Oladele said, had become imperative, amid soaring crime rate, on account of youth unemployment, and the threat posed to national security by insurgency – especially the activities of the Boko Haram terrorist body.

Oladele offered that Nigeria should copy the traceable identity project examples of such European Union countries as Britain and Spain, which had made it far less difficult for their law enforcement agencies – the police, secret service, immigration etc. – to fish criminals out.

“Most of the crimes being committed in the country, like the use of cell phones by some dubious characters to demand recharge cards or millions of naira, tend to go undetected, because those behind them seem to hide behind the absence of information on individual’s identity, nation-wide, stored securely with one federal agency, which is easily accessible by all security bodies,” Oladele observed, just as he said that the novel project should be assigned to a single federal outfit, so as to avoid waste.