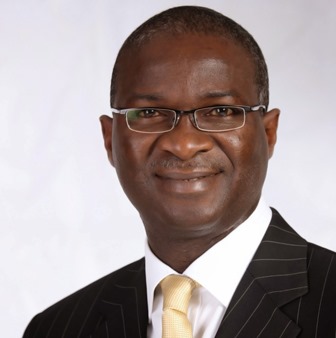 VISIT THE LAGOS FASHOLA LEFT BEHIND BEFORE CONFIRMING HIS APPOINTMENT AS MINISTER; APPEAL TO THE NIGERIAN SENATE

The Coalition Against Corrupt Leaders (CACOL), is a group of civil-society, community-based and other non-governmental organizations with the objective of fighting corruption and corrupt persons by any means possible at all levels in Nigeria.

Somehow, Nigerians had been made to believe that President Muhammadu Buhari delayed the selection of his would-be ministers to enable him to bring competent and committed people on board as well as make a right decision. It would also be recalled that Mr. President had said that the would-be ministers would assist his administration to perform differently from the previous governments because Nigerians desired more than anything else.

And as a result, CACOL as well as other well-meaning Nigerians were expecting a relatively new set of people with clean records of integrity and competency in public or private services to make the list.

Howbeit, if the rumour making waves in some quarters, which has also been confirmed by some sections of the media is anything to go by, we would say Nigerians’ hope for a true change has been dashed with the inclusion of some names that in a sane environment should not appear on the list, if integrity and honesty are the basis of the selection criteria.

We are therefore constrained at this point in time to bring to your attention our critical reaction to the rumoured nomination of the immediate past governor of Lagos State, Mr. Babatunde Fashola as a minister in the new government.

While recognizing the President’s constitutional prerogative and right to make appointments as deemed fit, the Coalition Against Corrupt Leaders considers it a service to the nation, by providing information that might be helpful to your ratification in that regard.

It is gratifying that President Muhammadu Buhari, at various fora, having recognized the need to ensure that square pegs are put in square holes, had promise that his appointments would purely be on merit and that tested technocrats, with impeccable records, would be given their rightful places in his administration, as a way of ensuring good governance to the people of Nigeria.

It is against this background that our Coalition is appealing to the Senate to please take the pains to dig deep into Mr. Babatunde Fashola’s record of overall performance as well as that of financial propriety on the part of his government while in office.

Going by our corporate policy, CACOL ordinarily does not react to speculations but given the grave implication of having to keep quiet, only to speak up after such appointment must have been ratified, would only amount to crying over spilt milk, we deem it necessary to use this medium to sensitize you on this development.

As could be seen from the attached copies of our previous petitions to both the EFCC and the ICPC over which no meaningful action has so far been taken, as well as books published by us on this subject-matter. Below are also the links to the two publications:

It would be noted that our Coalition never shirked its basic responsibility of blowing the whistle on issues centering on corruption in whatever form or guise in governance. For ease of reference, please see as detailed below the afore-mentioned petitions:

It is noteworthy that Mr. Babatunde Fashola may have enjoyed so much of accolades from the media for exemplary performance as governor during his tenure, we make bold to say that all the media hype was a mere publicity stunt as they do not reflect the reality on ground. In the area of infrastructural development, for instance, especially as it concerns road networks, we implore you not to rely solely on media reports but make further efforts at using the machinery at your disposal to make on-the-spot findings and assessment of the true state of things in the state.

It would also be recalled that Mr. Fashola has also been accused of constructing his personal website with the taxpaying Lagosians’ money to a tune of N78.3 million, whereas every IT person CACOL contacted put an over-bloated estimate of the cost of the website at about N6 million. We make bold to say that the N78.3 million website contract is a trademark of Mr. Fashola’s administration. The website contract is an eye opener and lending credence to the allegations of the ‘True Face of Lagos’ where most of the contracts awarded before 2010 were said to have been immorally inflated by the regime of Babatunde Raji Fashola.

If the former governor could be justifying the cost of his personal website, no matter what he uses it for, then there may be many more shenanigans to be unearthed by the relevant anti-graft agencies.

It is therefore unheard of that a government that promises frugality and prudence would bring on board a man who is synonymous with obscene affluence. We believe that such a person would be a clog in the wheel of progress rather than a driving force.

We must state here that we are not out to witch-hunt anyone; rather we are only serving as the voice of the voiceless and of course, the whistle-blower.

We also would like to sensitize you to the spill-over impact that mass protests and petitions from relevant quarters that might trail such appointment if eventually made, may have on this esteemed administration; this is why we consider it pertinent for you to do the needful by engaging in the necessary in-house cleaning ahead of the exercise.

We and other well-meaning Nigerians wish this administration success in your quest to bring about that comprehensive change that we have all been yearning for.

Related Topics:CACOL writes SenateVisit the Lagos Fashola left behind before confirming his appointment
Up Next