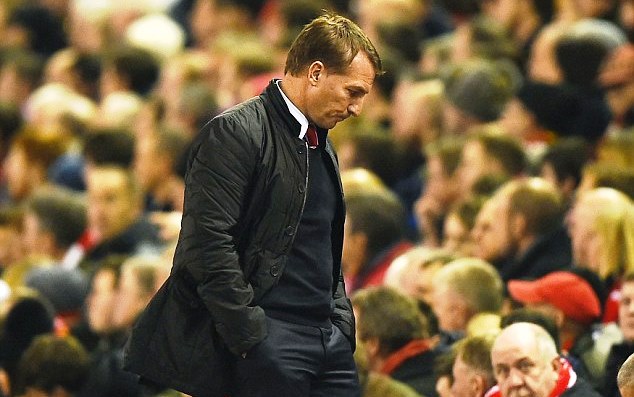 Liverpool sacked manager Brendan Rodgers on Sunday following a year of disappointing results that culminated in a poor start to the current season.

The announcement came just hours after Liverpool had held Everton to a 1-1 draw in the Merseyside derby at Goodison Park with another unconvincing performance.

Rodgers, 42, took Liverpool to the brink of the Premier League title in 2014, but they finished sixth last season and are currently 10th in the table with 12 points from eight games.

“We would like to place on record our sincere thanks to Brendan Rodgers for the significant contribution he has made to the club and express our gratitude for his hard work and commitment,” Liverpool’s American owners Fenway Sports Group said in a statement.

“All of us have experienced some wonderful moments with Brendan as manager and we are confident he will enjoy a long career in the game.

“Although this has been a difficult decision, we believe it provides us with the best opportunity for success on the pitch.”

Rodgers arrived from Swansea City in 2012 with a reputation for expansive football and built a team around Luis Suarez, Daniel Sturridge and Steven Gerrard that captivated neutrals by making a thrilling tilt at the title in 2014.

But after a costly slip by Gerrard in a 2-0 defeat by Chelsea, Liverpool lost out to Manchester City and Rodgers’ subsequent attempts to re-shape his squad proved unsuccessful.

He spent around £192 million ($291.4 million, 259.7 million euros) on new players over the last 16 months, but high-profile signings such as Lazar Markovic, Dejan Lovren and Mario Balotelli have failed to pay off, while Suarez and Gerrard have both left along with Raheem Sterling.

“Ambition and winning are at the heart of what we want to bring to Liverpool and we believe this change gives us the best opportunity to deliver it,” Liverpool’s management added.

“The search for a new manager is under way and we hope to make an appointment in a decisive and timely manner.”

Visit the Lagos Fashola left behind before confirming his appointment, CACOL writes Senate