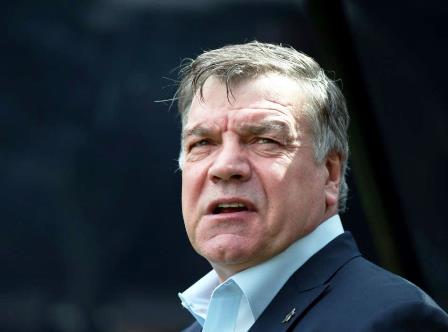 After three draws, five defeats and a string of stagnant displays in its opening eight Premier League matches, Sunderland hired Sam Allardyce as its new manager on Friday in the hope of avoiding yet another scrap for survival.

Allardyce signed a two-year contract to take over a team which is firmly rooted in the relegation zone, lying second to last in the standings on three points.

For Sunderland, the attraction is obvious — the 60-year-old Allardyce has a proven record of keeping sides in mid-table safety in the English top-flight.

“I hope to be able to help to bring the stability and success that everyone wants,” Allardyce said. “Of course it’s a challenging job, but it’s something I have experience of in the past. I’m looking forward to working with the players and of course I will be relying on the help of the Sunderland supporters, whose tremendous passion I have experienced first-hand.”

Allardyce replaces Dick Advocaat, who kept Sunderland up last season after arriving on a temporary basis with nine games remaining. The Dutchman then took the job permanently, but has since failed to reproduce his initial success.

He quit last weekend, having watched his team surrender a two-goal lead to draw 2-2 at home to West Ham.

Sunderland is the fifth club Allardyce has managed in the Premier League, and is the Black Cats’ fifth manager since March 2013.

Allardyce’s previous clubs include Sunderland’s fierce rival, Newcastle. He becomes the first man to manage both northeast clubs in the Premier League.

Affectionately known as ‘Big Sam’, his last job was with West Ham, a role he departed in May at the end of last season at the end of his contract.

Allardyce guided the London club from the second tier into the Premier League and easily consolidated its status in the division. However, his long-ball tactics and physical style of play was not popular with supporters.

But it is a style employed by every team Allardyce has taken control of, and one that Sunderland supporters can expect to see at the Stadium of Light.

“I am very pleased to welcome Sam to our football club,” Sunderland owner Ellis Short said. “He has vast experience of managing in the Premier League and an understanding first-hand of the north east and the passion of our fans, which will stand him in great stead.”

Allardyce, who has also coached Bolton and Blackburn, will face West Brom away in his first game as Sunderland manager on Oct. 17.

Related Topics:Big Sam signs 2-year deal at Sunderland
Up Next