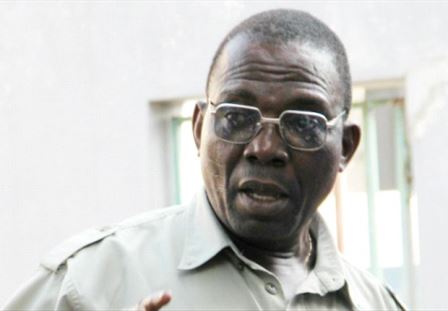 Following the sudden retirement of Vincent Enyeama from the Super Eagles of Nigeria’s team, Chief Adegboye Onigbinde, has called on the Nigeria Football Federation to comb the country towards finding quality goalkeeping talents.

The 32-year-old pulled the curtain on his international career, 13 years after making his debut for the Super Eagles.

According to the former Super Eagles handler who discovered him (Enyeama) and later took him to the 2002 Fifa World Cup where his awe-inspiring displays earned him the no.1 jersey, Enyeama stands out among his peers and has served the country very well.

“Enyeama is a grown up man and if he feels he has had enough, we should congratulate him for the services he has rendered and wish him all the best,” Onigbinde told Goal.

“When I started recruiting for the Super Eagles for the 2002 Fifa World Cup, I went to watch a game between Enyimba and Julius Berger in Abeokuta, he stood that in the game and I invited for to the Super Eagles.

“There were some good goalkeepers’ qualities that I saw in him with most in the Nigerian league do not have, so I made up my mind that he was going to be in my team.”

With fingers pointing at coach Sunday Oliseh who has been held responsible for the former Enyimba’s decision, Onigbinde said Nigeria should stop crying over spilt milk, rather the NFF should start hunting for better goalkeepers for the senior national team.

“The incident in Belgium wasn’t Enyeama first trouble with the national team, and I guess this time around, there are some certain things he does not like about the national team set up and decided to quit. If that is the case, I think he has made the right decision,” he continued.

“This is not the time to lament his retirement, instead we should look for how we can look for his replacement and that depends on the NFF.

“We don’t have a well-structured football developmental programme in Nigeria, and this gets me angry. If we had one, we wouldn’t have been wailing over one player’s retirement.

“And should we not get things right by developing football from the grassroots, we will have cases in the future where you will see one player holding the country to ransom.

“This could have been a white goose chase if I never tried it. Between 1984-85 when I was national team coach, there was no single foreigner in my team and we won the silver medal at the 1984 Africa Cup of Nations in Cote d’Ivoire.

“In 2002, I started from home and that was what brought players like him, [Femi] Opabunmi, [Peter] Odemwingie and even [Joseph] Yobo. That should be the approach of the NFF now to get a better replacement that would stand the test of time,” he concluded.