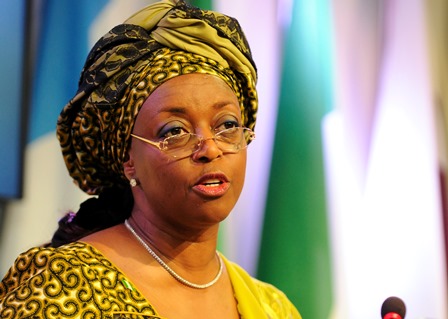 Nigeria’s former oil minister Diezani Alison-Madueke will strongly contest corruption allegations against her once she has recovered from breast cancer treatment, her family’s lawyer told AFP on Friday.

Oscar Onwudiwe said the 54-year-old’s immediate priority was her health. She had gone through chemotherapy and had been preparing for surgery when she was caught up in the corruption probe, he said.

“Once she is feeling better she will come out and say, ‘bring the questions, bring them on’. She’s that confident,” he added.

Onwudiwe, who said he has known Alison-Madueke and her husband’s families for more than 30 years, earlier issued a statement on their behalf, slamming what he called “media hysteria” over the case.

“For the avoidance of doubt, the family would like to state categorically that it has no issues with any persons from the family being invited anywhere in the world to answer questions about their private or official conduct,” the statement said.

“The Madueke family believes in law and order, honour and due process. However, it is clear that here is a deliberate and vicious campaign to demonise members of the Madueke family with all manner of frivolous allegations.”

Onwudiwe added: “It is worth emphasising that Mrs Alison-Madueke was never arrested or detained and her passport was never seized. She was merely invited and she honoured it promptly.”

Britain’s National Crime Agency announced last Friday it had arrested five people in London on suspicion of international corruption, without naming those detained.

The suspects were released on conditional bail.

The Nigerian government confirmed Alison-Madueke’s arrest on Monday and said law enforcement agencies in Abuja were collaborating with the British counterparts on the matter.

A court official at Westminster Magistrates Court in central London earlier said police had been granted permission to retain £27,000 ($41,000, 36,500 euros) in cash seized during her arrest.

Alison-Madueke — the first woman to be oil minister in Nigeria and the first female president of the global oil cartel OPEC — has been dogged by allegations of corruption during her tenure.

Then-president Goodluck Jonathan removed the governor, Lamido Sanusi, in a move many saw as politically motivated.

Alison-Madueke, whose husband is a former chief of naval staff in Nigeria, has repeatedly denied any wrongdoing.

Nigeria’s President Muhammadu Buhari has begun a purge of the NNPC as part of a wider crackdown on corruption, ordering a review of its finances and sacking the entire board. (AFP)