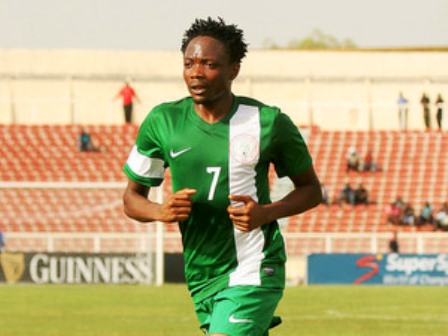 Super Eagles captain Ahmed Musa and LOSC Lille goalkeeper Vincent Enyeama are the only Nigerians on the list that has four members of the victorious Ivory Coast team at the 2015 Africa Cup of Nations.

Manchester City midfielder Yaya Toure, who is the current holder of the title, was also nominated as well as the likes of DR Congo goalkeeper Robert Kidiaba, Andre Ayew of Ghana and Yacine Brahimi of Algeria.

Nigeria’s failure to make any meaningful impact on the continent’s club football scene meant no Nigerian made the list for the Africa-based Player of the Year nomination.

Related Topics:35 others listed for CAF awardEnyeamaMusa
Up Next