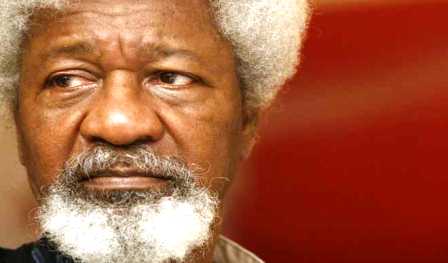 According to a statement signed by the Centre Coordinator, Motunrayo Alaka stated that, the award will honour works that involve reporting on public and or corporate corruption, human rights abuses or on the failure of regulatory agencies.

Alaka said that this year, the award plans to reward outstanding reporters from print, radio, television, online, photography and editorial cartoon categories. The submitted stories must have first been published or broadcast in a Nigerian media between 4th October 2014 and 3rd October 2015.

She further said that, the entry coding system which makes the details of media house and by-line of entrants anonymous to judges introduced in 2012, the WSCIJ now converts entries to electronic format before sending to judges. The electronic entries system is helping to ease scoring for judges and enable the inclusion of persons from across Nigeria and abroad to participate in the judging process.

Entries will be scored by a panel of judges drawn from the media and related professions who are passionate about investigative reporting. Over all, judges will be looking for ethical reporting courage, individual creativity and public benefit, Alaka said.

The Wole Soyinka Award for Investigative Reporting was first held in October 2005 to encourage the development of an investigative tradition in the Nigerian media through rigorous scrutiny of human rights violations, regulatory failures and corruption in the public and corporate sectors of the nation’s life.

WSCIJ is a non-governmental organisation with a vision to stimulate the emergence of a socially just community defined by the ethics of inclusion, transparency and accountability through support to the news media. Initially known as the Wole Soyinka Investigative Reporting Award (WSIRA), the change in name became necessary in 2008 to reflect the intentions of the coordinators to embrace a more robust line of activities that have greater capacity for engendering the right values of investigative reporting in the Nigerian media.

The Centre is named after Professor Wole Soyinka in recognition of his life-long work in support of the freedom of expression, freedom to hold opinion, and freedom to impart them without fear or favour and without hindrance or interference.

Related Topics:Wole Soyinka Investigative Award for Reporters call for entries
Up Next