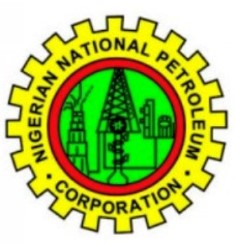 A devious maze through which revenue-generating agencies cheat the country through remittances has been uncovered, according to the National Economic Council (NEC).

Chiefly, the agencies convert their dollar revenues into Naira before remitting into the government’s coffers, thereby skimming off sizeable sums under the table.

The agencies include the Nigeria National Petroleum Corporation (NNPC), the Nigerian Maritime Administration and Safety Agency (MIMASA) and the Nigerian Ports Authority (NPA).

This was revealed by the Governor of Cross River State, Ben Ayade, who led his counterparts from Sokoto, Taraba and Ondo states at a press briefing after the monthly NEC meeting at the Aso Rock Presidential Villa, Abuja on Thursday.

Ayade said the NEC presided over by Vice President Yemi Osinbajo was briefed by the Central Bank Governor, Godwin Emiefele on the development, which he described as disturbing.

He said: “A brief report on the FGN agencies remitting dollar revenues in naira into the Federation Account was also given by the CBN governor. He said investigations are on-going. Such agencies include but not limited to NNPC, NIMASA and NPA.”

‪‪The affected agencies are already undergoing a separate probe instituted by NEC through its Governor Adams Oshiomhole-led ad hoc committee on remittances by the agencies into the federation account.

Quoting the briefing by the CBN boss, Governor Ayade also announced that the excess crude account had hit $2.2 billion as at October 15th.

On the provisional loans to states based on collateralisation of the excess crude account, the governors stated that the CBN boss told them that 27 states had made request for the N10 billion facility that was being processed.

They said the affected states, had accordingly been advised to complete necessary documentation.

“It should be recalled at this point in time that not all states have indicated interest on this ECA collaterised loan,” Ayade noted.

On the refund of expenses incurred by state governments on behalf of the federal government especially on roads maintenance, the governors said Osinbajo had assured them that states that had followed the right processes and procedures in incurring such expenditure would soon be settled.