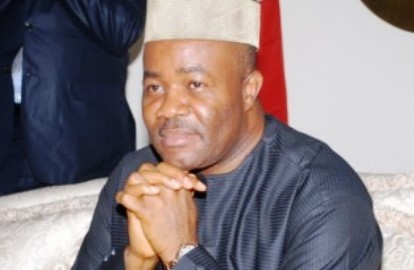 The national leadership of the Peoples’ Democratic Party (PDP) will Saturday night hold an emergency meeting where it will take a decision on the arrest of former governor of Akwa Ibom state, Senator Godswill Akpabio by the Economic and Financial Crimes Commission (EFCC) on Friday.

Akpabio, now Senate Minority Leader, was arrested by the anti-graft agency for allegedly defrauding the state of N101.8b, mismanagement of state funds and plunging the state into indebtedness.

Akpabio has however denied the reports of his arrest, claiming that he was only invited by the EFCC and he honoured the invitation.

However, the National Publicity Secretary of the party, Chief Olisa Metuh, said the leadership of the party will meet tonight where it will make its position known on the issue.