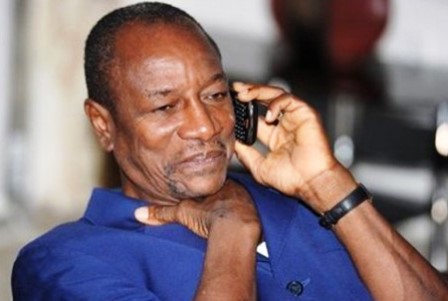 Mr Conde, 77, won in the first round with about 58 per cent of votes cast.

The presidential election was Guinea’s second since independence from France in 1958.

Main opposition leader Cellou Dalein Diallo, who has denounced the vote as fraudulent, won 31 per cent. He has called for peaceful protests against the outcome.

European Union observers said the vote was valid despite some logistical problems.

Candidates now have eight days to file complaints before the constitutional court validates the results.

However, Mr Diallo said in a statement he would not appeal to the court.

“I will invite the other candidates and all the citizens who are the real victims of this electoral hold-up to organise, conforming to the law, peaceful demonstrations to express our disapproval of this situation,” he said.

Mr Diallo pulled out of the elections on Wednesday alleging fraud.

The allegations included ballot boxes being stuffed and some 400 polling stations staying closed.

Figures released on Friday showed a turnout of about 66 per cent of Guinea’s six million registered voters.

Mr Conde became president in 2010 in the country’s first democratic election after decades of fighting authoritarian regimes, during which he was sent into exile and prison.

In that election, he defeated Mr Diallo in a run-off.