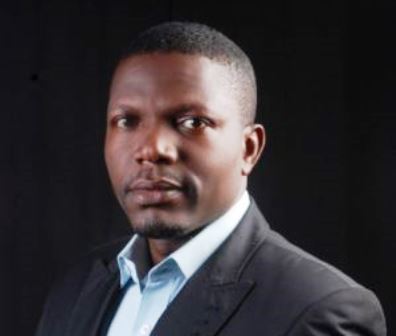 It was sad day for the medical practitioners community, political and social crusaders and the family of Ugbodaga in Enwan, Akoko-Edo local government area of Edo state as a former Edo State chairman of the Nigerian Medical Association (NMA), Dr Philip Ugbodaga and two other doctors whose identities is yet to be known were reportedly kidnapped on Friday.

It was gathered that Ugbodaga and his colleagues arrived the location when they were forcefully stopped by the suspected kidnappers and took away at gunpoint, three of the occupants of the vehicle to an unknown destination and as at the time of this report, the suspected kidnapers are yet to make any contact.

Family members have been reluctant to comment on the incident but that security agencies are already investigating the kidnap.

But it was reliably gathered that the incident happened at Isu Local Government Area near Umuaka when a particular vehicle suspected to have been trailing them ordered them to stop and picked Ugbodag and the two other doctors.

Meanwhile, reactions have been trailing the incident as the Convener of Edo Focus, Aiyamenkhue Edokpolor, a platform for political and socio-economic discuss about the state where Ugbdaga is an active member has in a statement condemned the action and called on the Inspector General of Police, Solomon Arase to swing into action and rescue him and others and arrest the perpetrators.

“The news of Dr. Phillip Ugbodaga’s kidnap came to us as a rude shock because apart from his easy-going lifestyle; he is an indefatigable advocate for the emancipation of the poor; the preservation of the rights of the oppressed Nigerians and health care provider for the vulnerable citizens of Edo and Nigeria. For us, there is certainly no justification for such a person in Ugbodaga’s standing to be kidnapped assuming the perpetrators considers moral grounds as a precursor for their action; however, we are appealing to the Inspector General of Police – Mr. Solomon Arase to deploy his professional expertise towards the safe and healthy release of our dear brother and comrade.

“We condemn in the strongest term possible, the kidnap of Dr. Philip Ugbodaga; and whike appealing to the Edo state Government to support the rescue campaign; we urge Edo youths to remain calm as the law enforcement agencies unravel the mystery behind this inhuman incident. We like to place on record that we will privately examine the factors and characters behind this ungodly incident, while pledging to sustain the culture of peaceful disposition; but we will not take kindly to the rumours that Fulani herdsmen are behind this nefarious gambit.”

In his statement on the kidnap, immediate past president of the NMA, Dr Osahon Enabulele who is also part of the platform said “It’s really sad that our brother Dr Philip Ugbodaga was kidnapped by some faceless individuals. While I urge all to fervently pray for his speedy release, I commend all on-going efforts being made to secure his safe release. Undoubtedly, our brother’s kidnap is yet another reminder of the failure of the Nigerian State.