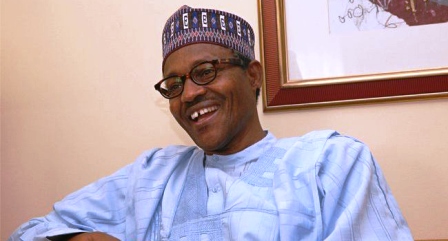 The leadership of the Peoples’ Democratic Party (PDP), in Bayelsa State has accused the All Progressive Congress (APC) led Federal Government of plot to rig the December 5 Governorship election in the State over the sudden transfer of the State Director of the Department of State Security (DSS), Bassaleg Al-Hassan, and the State Police Commissioner, Paul Okafor.

Chief Serena Dokubo Spiff, the State Chairman of the Peoples’ Democratic Party (PDP), said the sudden removal of the police commissioner, Paul Okafor, coming shortly after similar transfer of the state Director of Security, Baba Alhassan, from Bayelsa State and just a month to the election raised questions about the motives for such actions.

Dokubo-Spiff condemned the transfer of the two security chiefs whom he said were well experienced and understood the terrain of the state so well to make the decision of their transfer “unwise and curious” at this period in the state.

“The actions of the power that be in Abuja over these transfers really beg the issue. They are curious as it clearly gives us the logical feeling to think twice about what could have been the reason for transferring the two main security heads in Bayelsa State just about a month to the election?”

“We in the PDP believe that this is a calculated move by the APC-led Federal Government to use the security apparatus in the state to rig the election in favour of its candidate in the December 5 governorship election”, he stated.

Spiff claimed that since the transfer of these two top security officers, there had been noticeable influx of criminals into the state with major threat to the security of lives and property, insisting that the APC was acting in concert with the Federal Government to rig the election.

“Since the transfer of these two top flight officers, we have noticed the sudden influx and return of cultists, militants and other undesirable elements into the state who are already attacking and kidnapping innocent Bayelsans. Security bases and posts are also being attacked with arms being carted away to create an arms base for the cultists preparatory to executing plans of rigging the elections.”

“Our findings also indicated that the APC was so obsessed with the rigging plan that it will inevitably involve violence and intimidation by various federal agencies, including security personnel to rig the election’, he asserted.

He however, called on President Muhammadu Buhari to rise up to the occasion and nip the alleged plan in the bud, adding that the only way the president and the APC could demonstrate the change they profess was to ensure a free and fair election.

He stated: “President Buhari as a beneficiary of former President Goodluck Jonathan’s democratic disposition should as a matter of peace and harmony weep everybody onto line by ensuring transparency and a marked transparency during the election in Bayelsa State. Of course everybody knows Bayelsans will not accept anything less than a credible election, free and fair, one man, one vote.”

Related Topics:PDP accuses Buhari of plot to rig Bayelsa guber poll
Up Next