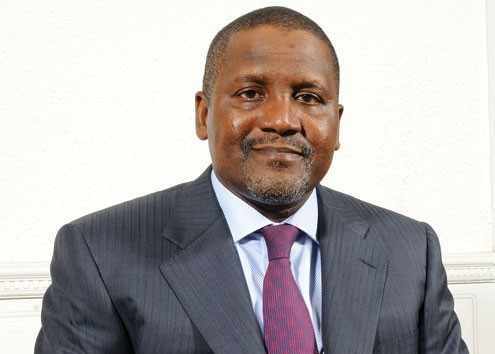 Against the background of an estimated 124,000 children under the age of four years dying annually due to poor sanitation, the Dangote Foundation at the weekend has promised to step up its advocacy campaign against preventable diseases in the country.

The Chief executive Officer of the Foundation Mrs Zuoera Youssoufou gave this promise in a message she sent to the Community Staff School, venue of the demonstration of the United Nation’s Global Hand Washing Day observed in Abuja in conjunction with the Federal Ministry of Water Resources and other organizations like UNICEF and Water Aids.

She said it pained the Foundation that Nigeria is still contributing so much to the number of children deaths recorded globally owing to poor sanitation and described the situation as unacceptable.

Mrs Youssoufou stated that the Foundation had already planned to scale up her advocacy and intervention in the preventable deaths owing to equally preventable diseases such as poor sanitation, hunger and malnutrition, diarrhoea, cholera and dysentery.

The Foundation boss explained that it was in realization of the factor of hygiene and good sanitation in the prevention of these avoidable deaths that made the United Nation to set aside a day to mark the Hand washing Day to demonstrate and encourage the children on the need to always wash their hands and maintain good sanitation so as to stay healthy.

She said a situation where the nation is losing her children to preventable deaths would not augur well for the development of the country in future because the rank of the children on whose shoulder the task of the development lie would have been depleted.

Said she:Children are change agents and that is why we have to target them to ensure they stay healthy for the betterment of our society. Our partnership with the Federal Ministry of Water resources on this demonstration of globally accepted hand washing methods was in furtherance of our believe in focusing more on the health of our children.”

In his own speech, the Permanent Secretary in the Ministry, Mr. Musa Istifanus said the hand washing campaign was essentially introduced to reduce childhood mortality rates relating to respiratory, diarrhoea, and other related diseases by introducing simple behavioural change of hand wash with soap.

“It is a common knowledge that the human faecesare the main souce that cause diarrhoea while sanitation and simple hand washing with soap provide the necessary protection against faecal contact and stop the transmission of the disease.

“The 2015 Global Hand washing Day themed “Raise a Hand for Hygiene” is to mobilize and raise awareness among the people around the world to imbibe hand wash with soap as a key approach to the disease prevention”, Mr Istifanus stated.

The Permanent Secretary who was represented by a Director from the Ministry, Adamu Wakil said the Federal Government was striving to ensre universal access to water supply and sanitation facilities for the country, “we need to change our attitudes and embrace hand washing at critical times to improve our health”

With a child dying in every four minutes globally, hands often act as vectors that carry disease causing pathogens from person to person. Effective and frequent hand washing can prevent the transmission of a variety of the pathogens. It is observed to be more effective as a preventive mechanism than vaccine”

The Permanent Secretary later led the pupils of the scho on how to wash hands with soap for the purpose of disease prevention after which the children also took their turn after being educated on the critical times that they must ensure they wash their hands.

The UNICEF Country Representative, Kannan Nadar pointed out that a survey carried out recently indicated that in six states 53 per cent of the children don’t wash hands after defecation which is a great disincentive to the campaign for proper sanitation among the children.

Related Topics:Childhood deaths: Dangote Foundation assures of intervention against poor sanitation
Up Next