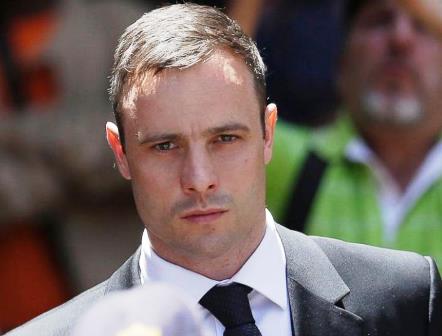 Oscar Pistorius has been released from a South African prison after serving one day shy of a year in prison for killing his girlfriend and was staying at his uncle’s house, ABC News has confirmed.

A rep for the Department of Correctional Services, Manelisi Wolela, said in a statement the star athlete had been released and that it was the “prerogative” of local prison management as to how to handle such releases.

“They carry it out in the best interest of all parties concerned, the victims, the offender and the Department of Correctional Services,” Wolela said.

The double-amputee Olympian, who had been held at Kgosi Mampuru II Correctional Centre, fatally shot his girlfriend Reeva Steenkamp on Valentine’s Day in 2013.

Pistorius was originally slated to be released from prison in August but the South African justice minister intervened.

He will now spend four years under house arrest.

Pistorius was convicted of culpable homicide in September for the Feb. 14, 2013 shooting death of Steenkamp, who he said he mistook for an intruder and fatally shot through the bathroom door.

Pistorius, 28, was sentenced to five years in prison — but now is free after serving slightly less than a fifth of the sentence.

When he was originally slated to be released in August due to good behavior, Steenkamp’s parents spoke out against it.

“We have forgiven Mr. Pistorius. … However, a person found guilty of a crime must be accountable for their actions,” her family wrote to the parole board in June. “Incarceration of 10 months for taking a life is simply not enough.”

Oliseh fights on despite ill health