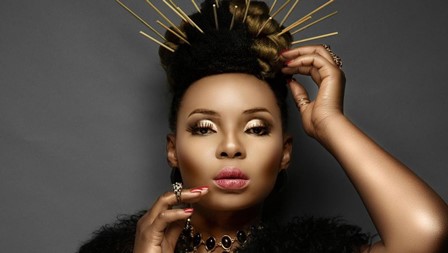 In celebration of African music and culture, the All Africa Music Awards (AFRIMA) in league with the Africa Union Commission (AUC) has announced AFRIMA 2015 nominees and the multiple award-winning male choral group from South Africa, Ladysmith Black Mambazo to lead the invasion of over one hundred and seventy-two (172) African superstars who have confirmed attendance to the 2015 AFRIMA Awards.

The event which is slated for Sunday, November 15 will hold at Eko Convention Centre, Eko Hotel and Suites, Victoria Island, Lagos.
Ladysmith is arguably the most decorated male group in Africa, having won multiple awards including four Grammys in 1988, 2004, 2009 and 2013 respectively. Formed by Joseph Shabalala in 1960, the group had been singing together since the early 1950s.

However, it was Ladysmith Black Mambazo’s collaboration with Paul Simon in 1986 for the Graceland album that brought it the much needed international acclaim.
Confirming their performance at AFRIMA Awards, band’s manager, Majozi Christopher Zolisile, stated: “AFRIMA 2015 will be staged in November which coincidentally is the month for Ladysmith Black Mambazo’s 55th anniversary. It will be amazing and electrifying to perform on a big stage like All Africa Music Awards (AFRIMA) 2015 in Nigeria. We are looking forward to it.”

Other artistes billed to perform at the award ceremony include Yemi Alade from Nigeria, who broke records with her hit single, ‘Johnny’ in 2013.

Her counterpart from Cameroon, Charlotte Dipanda, an Afro pop singer, who has worked with Congolese singer, Papa Wemba and provided background vocals for Manu Dibango, Rokia Traore and Axelle Red will also grace the AFRIMA stage.
The duo of Diamond Platnumz, a Bongo Flava recording artist and dancer from Tanzania and Olamide from Nigeria will set the stage on fire at the AFRIMA 2015. Both have won numerous awards.

The 2015 AFRIMA Awards will be broadcast live to 84 countries on 109 television stations across the world with the support of AFRIMA media partners.

5 reasons why you need a dual SIM phone