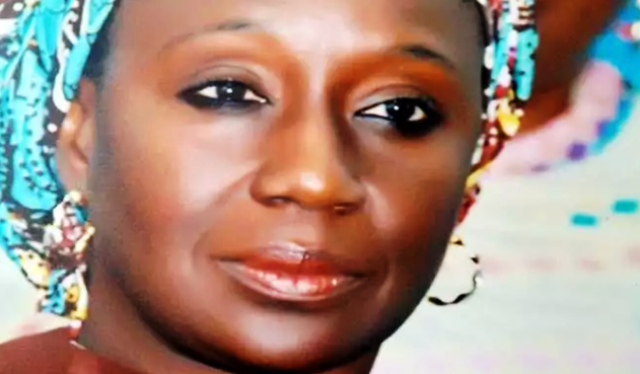 The President, Mr. Muhammadu Buhari is most certainly a man of the people, loved in many quarters for his credible stance on corruption. In March, when he swept the votes across the nation from the then incumbent, he canvassed on the simple mantra of “Change”- a different way of doing things.

The patience Nigerians exercised when the president excused away the delay in appointing ministers as part of the delivering on the change mandate, further lends credence to the amount of goodwill he enjoys.

Now that #TheList is out, it has generated a lot of talking heads in various quarters with opposing opinions on how close or far the nominees on the list are to change. However, my position and opinion on that is the subject of another discussion.

My immediate worry is in the danger of the fallout that has heralded the announcements of the nominees. For the avoidance of doubt, just like many, I believe that the nomination of members of Mr. President’s cabinet is his absolute prerogative, all other opinions including those of the party at state and local government levels are only to be taken under advisement. While democracy entrenches the right of people to agree, disagree and freely express same, it in no way supersedes the prerogatives of Mr. Buhari.

A recent case in point is the nomination of Aisha Abubakar from Sokoto state, and the pockets of sponsored petitions against her nomination, raising the grouse of incompetence and political naïveté against her. Sadly, there are many flaws in this narrative bordering on rebellion, chauvinism and “anti-party” activities.

Simply put, to accuse the president of nominating an incompetent candidate seeks to point out mediocrity in the entire nomination process of all candidates, and to underpin incompetence in the fabric of the president. Otherwise, how else can one call Mr. President incompetent other than to say, after six months of searching for people to form his cabinet, he nominates a “less competent” candidate, leaving the “more competent” ones out.

The re-enacted plots from the blockbuster TV series “House of Cards” that played out in the National Assembly over the past few weeks would easily come to mind if one thinks further about the true usurping intent of the petitions.

But that is only one of the flaws. #Thelist had 6 out of 36 ministerial nominees as women. While it is unsure if his administration would surpass the previous one in terms of appointing more women into public offices, the petition raised against Ms. Aisha points us in a more worrisome direction. The truth is, the unwritten innuendos and nuances crafted into such self-aggrandising appellation as “more competent” raises moral and ethical questions.

What confers competence on a person? Is it gender, considering the juxtaposing of the historical poor representation of women in public offices and our current reality as a nation? Or is it having a political godfather, considering this was one of the campaign headlines against the previous administration accusing it of being clannish, sectional and pandering to too many vested interests? Should competence be defined and remain so, as the ability to execute successfully and efficiently? If therefore, that is the true definition of competence, should her proven track record in private and public service be the bone of contention?

Finally, for a party that rode the tides of “Change” to power, the petition smirks of those resistant to the new order of the day, believing that the old scruples of the imposition of ministers by an exclusive club of kingmakers must be maintained.

Ethically, I believe this is “anti-party” activity, wherein the essence of the party, in this case, Change, is challenged by members of the party insisting that the way things have always been done must be maintained. Furthermore, accusing Ms. Aisha of political naïveté simply highlights the constraints of a culture that encourages women to remain in political shadows, but becomes hypocritical when those who know better use this encumbrance to prevent women from coming to limelight when few and far opportunities like this come in between.

Like President Muhammadu Buhari, I am not only open to technocrats with pedigree and legacy, but those who “belong to none and be for all.” God forbid, but if we let these people continue to enjoy the perks of being members of a power-brokering cabal, we would have dashed the hopes of many who believed in and struggled for change, jump-started a chain of events that will lead to speedy erosion of Mr. President’s goodwill, and ultimately mortgaged the possibility of long-term achievements for the gains of short-term political expediency.

Related Topics:Aisha Abubakar: The danger of “a more competent person” By Danladi Danjuma
Up Next