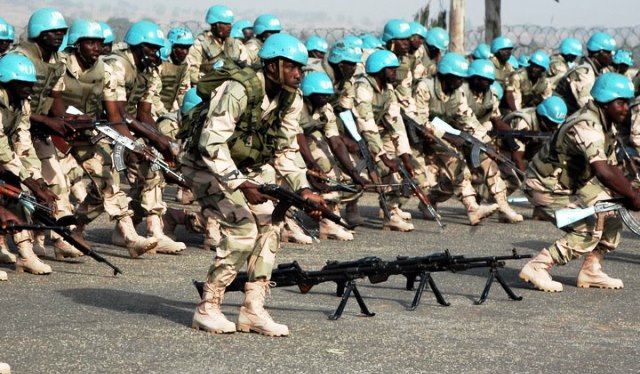 The Nigerian Army has set up a high powered Board of Inquiry (BoI) to investigate among other things alleged malpractices and involvement of its personnel in Ekiti and Osun States Gubernatorial Elections in 2014.

The BoI is to investigate the alleged unprofessional and unethical conduct of some Nigerian Army personnel in Ekiti and Osun States’ Gubernatorial Elections 2014, as well as in any other State in Nigeria where other allegations of misconduct were made during the 2015 General Elections in the country.

A statement by the Acting Director Army Public Relations, Colonel Sani Kukasheka Usman said as part of the committee terms of reference, is to also review the involvement of the Nigerian Army formations/units and its personnel in elections and other duties in aid to civil authority.

The essence of the Board is to prevent future unprofessional conduct by officers and men in the performance of the constitutional roles while strengthening Nigerian Army’s support to democratic values and structures in Nigeria.

Meanwhile the Nigerian Army has reiterated its earlier warning to members of Boko Haram to drop their arms.

Colonel Usman said it is the final warning to all Boko Haram terrorists wherever they are, to desist from all acts of terrorism, surrender themselves and face the law now.

“We wish to inform them that we are aware of all their hideouts, camps and enclaves. They should follow their colleagues who have so far surrendered.”

“Failure to surrender will result in serious consequences as our troops have closed up with them.”

“We equally appeal to members of the international community and the world at large, to kindly persuade Boko Haram terrorists and their international collaborators to desist from acts of terrorism and renounce their membership of the terrorist organization forthwith.

“They should also immediately and unconditionally release all abducted persons in their custody including the Chibok school girls, he stated.

Related Topics:Army to probe officers’ involvement in EkitiOsun polls
Up Next

Aisha Abubakar: The danger of “a more competent person” By Danladi Danjuma