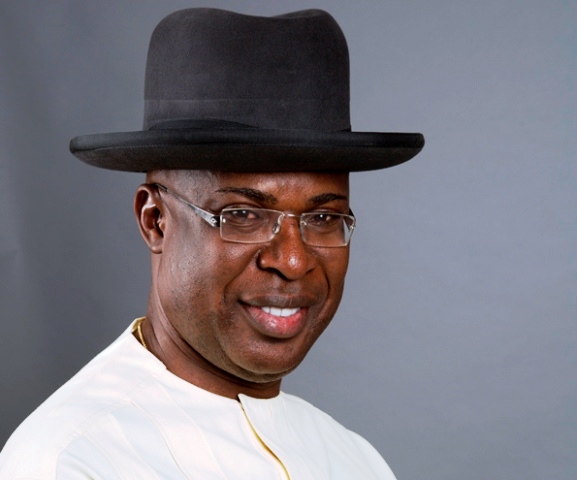 The Youth wing of the All Progressive Congress (APC) in Bayelsa State has described as “laughable” and “show of fear” the claims by the Peoples’ Democratic Party (PDP) that the Party is plotting to deploy Federal Forces to rig the forth coming Governorship election for the flag bearer of the Party, Chief Timipre Sylva in the State.

According to the APC youths, though the Federal Government has the constitutional duty to deploy Federal Forces including the men of the Nigerian Police and the Department of the State Security Service for a free and fair poll in the State, the claims that the forces would be deployed for the use of APC is laughable and a deliberate show of cowardice by the PDP.

The Youths in a statement on Thursday in Yenagoa by the National Coordinator of the Chief Timipre Sylva Support Group, Comrade Melford Esinte, said the APC and its flag bearer, Chief Timipre Sylva are prepared with a well-structured campaign organization and needed voters support based on past achievements and well programme campaign manifestoes.

According to Esinte, the PDP should, instead of making false claims on the alleged deployment of Federal Might, focus on proper campaign and presentation of achievements to the people of the State, “Sylva’s track records of infrastructural and manpower development will speak eloquently and massively for him at the polls”

“Chief Timipre Sylva is not banking on any Federal might to win the forthcoming governorship election as widely insinuated and timidly expressed by the PDP and its candidate. Sylva has been able to put formidable political structure on ground upon which he will gladly and comfortably sail. The development stride of Chief Timipre Sylva first term in office which the Former President, Dr. Goodluck Jonathan and the Governor, Hon. Seriake Dickson refused to maliciously acknowledged but glaring to the people of the State.”

Esinte however called on the PDP and the administration of Governor Seriake Dickson to redirect its energy towards rendering account of stewardship to the people of the State, “they should make public the charade of compulsory monthly savings initiated by the administration supposedly in billions of naira and the unfulfilled promise of turning Bayelsa into a massive construction site. What we have seen so far is growing sites of abandoned projects, refuse dumps, pot holes on major roads and huge contractual debts.”

“Despite the desperate efforts of the Seriake Dickson administration to blackmail and launch propaganda against the person and aspiration of Chief Timipre Sylva, it has been bad market all the way for the PDP and the Dickson administration. The APC is not divided. The APC is more united, well positioned and focused than ever and ready to go into the forthcoming election.”

Related Topics:Bayelsa poll: Sylva faults PDP’s claim over plot to use federal forces
Up Next