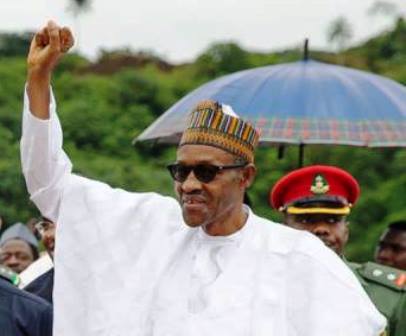 President Muhammadu Buhari says the country at this period of its national life needs God-fearing leaders if there must be reasonable progress.
In achieving set developmental goals, he warned that the result has been disastrous when Godly leadership has eluded nations.

The president, who was represented by the Permanent Secretary, Cabinet Office, Mrs. Ibukun Odusote made this assertion Thursday in Abuja, when delivering a keynote address at the sixth National Prayer Breakfast meeting organized by Christian Legislators of the National Assembly.
Buhari said the need of a Godly leader in our ever changing world cannot be over-emphasized, adding that the time has come for Nigeria to have Godly leaders in a permanently changing world.
He said the theme of the prayer session: “Godly leader in a changing world” is not only timely but well thought out as it further stresses the change agenda of his administration from the spiritual perspective.
The president said a Godly leader is marked by a servant attitude, transparent integrity, Godly character, and faithfulness among others, as according to him, “Godly leaders need to base their security and identity upon God, not in false sources of security, Godly leaders need to be examples worthy of imitation, Godly leaders serve others instead of demanding to be served, Godly leaders need to accept the responsibility which God has given them, Godly leadership is marked by a servant attitude, Godly leadership is marked by transparent integrity and a Godly leader must be a man with godly commitments”.
Furthermore, Buhari said the world is changing so fast every day and nations as well as leaders are being compelled to keep up or get left behind.
He added that “We are living in a world that is changing at an extremely rapid pace. Leaders everywhere confront a set of irrevocable imperatives, changing realities driven by profound social, political and technological changes.
“We face continual increases in computing power, the rapid diversification of the work-force, the globalization of the economy, and the relentless upward of the pace of business-all at an ever-accelerating rate of change.
“All these changes, which impact institutions of all types, put new stresses on leaders, and require not simply new strategies, but new levels of being in relationship with their communities, with themselves and their maker”.
Earlier, President of the Christian Legislators of the National Assembly, Senator Barnabas Gemade said the body was formed to enable Christian legislators and those that work with them to impact positively on their work environment and also on those around them, and help provide Godly leadership in national life.
Lawmakers under the umbrella of the body, he said seek “to make laws that will fulfill God’s plan for humanity, to shine the light of God and show His love to all those that we come in contact with, and to win souls for the kingdom of God”.

Related Topics:Buhari: Nigeria only need God-fearing leaders to progress
Up Next