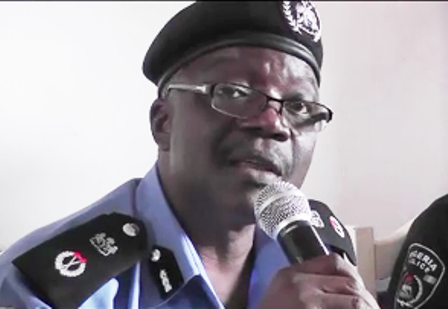 In preparation for the Bayelsa State governorship election, the Inspector General of Police, Mr Solomon Arase, has redeployed Mr Nasiru Oki to the State, as the new Commissioner of Police.

Until his appointment, Mr. Oki, was the Plateau State Commissioner of Police.

Following Mr. Oki’s redeployment, the Deputy Force Secretary, Force headquarters, Abuja, Mr Adekunle Oladunjoye, has then replaced him in Plateau State, as the new Commissioner of Police in the State.

He hailed from Ondo State, had served in various capacities and State Command, as a Deputy Commissioner of Police.

He is a graduate of the University of Nigeria, Nsukka, with a bachelor of science degree in Education/Economics. He graduated in 1983.

Related Topics:Nasiru Oki redeployed to Bayelsa as Commissioner of Police
Up Next