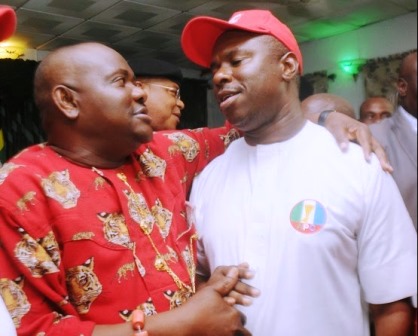 I have just received the news of the cancellation of the Rivers State Governorship election. Even as it may have come as a surprise to many neutral observers, it was no surprise to me, my supporters and many Rivers people who came out on that fateful day to try and cast their vote.

Even PDP supporters I’m sure in their heart of hearts, knew that this day would come. Like I said to my supporters on that election day, justice will prevail and the truth of this day will come out. If the APC legal team could not prove that there was no election in Rivers state, nobody could. It was that obvious.

I’d like to thank all the judges for upholding the law, the parties for conducting their briefs with civility and the people of Rivers state for surviving this period. If I was the PDP, I would not even bother to appeal this judgment. I’d rather head back to the court of public opinion. Ultimately that is where this matter will end. Why delay?

To my numerous supporters and well-wishers; in the days ahead, I will tell you the role we will play going forward. I told you from day one, not to worry. Your votes will count. I meant it.

Let me use this opportunity to tell all Rivers people to stay law abiding and peaceful. This is not the time for celebration or mourning. It is the time for sober reflection. Perhaps this experience has allowed us all, including analog politicians, reflect on the need to let people vote.

Do unto others as you wish they do unto you. What goes around does come around. This law has been around before us and will remain with us long after we have gone.

Related Topics:Rivers Tribunal judgement: No need to appealsays Tonye Princewill
Up Next