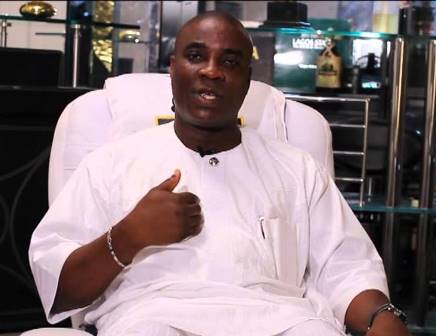 KWAM 1, who arrived the Eleweran Command headquarters of the police around 11a.m, was interrogated by police operatives attached to the Criminal Investigative and Intelligence Bureau (CIIB) for about six hours before he was released on bail.

It was recalled that one of the band members of the King of fuji music had shot at the OOU student identified as Azeez Kofoworola of the department of Business Education on Saturday October 10th during at an hotel in Ago-Iwoye during a party organised by the owner of the hotel to mark the Ago-Iwoye day.

Kofoworola was however, hit by the bullet fired by King Wasiu Ayinde’s band boys while sitting inside an unregistered Honda Accord belonging to an officer of the Nigeria Security and Civil Defence Corps (NSCDC) identified as Hassan Afeez.

The development however, led to an abrupt suspension of the show, while Kofoworola was admitted at the General hospital in Ijebu-Ode for treatment.

The police has however, invited the ace Fuji musician for interrogation which he refused to honour until yesterday.

Although the total number of charges levelled against King Wasiu could not be ascertained, National Mirror however, gathered that the fuji icon was drilled for close to six hours before he was released on bail with a reliable surety on the condition that such surety would provide him anytime he is needed.

The Deputy Police Public Relations Officer (Dpt. PPRO), Abimbola Oyeyemi who confirmed the interrogation told journalists that Wasiu’s case was transferred to the CIIB on the “CP’s shooting incidence”.

Oyeyemi further told journalists that KWAM 1 left the premises of the Eleweran Command Headquarters around 5: 30p.m on the promise that he would make himself available for further police investigation.

Related Topics:Police quizzes KWAM 1 over shooting of OOU student
Up Next