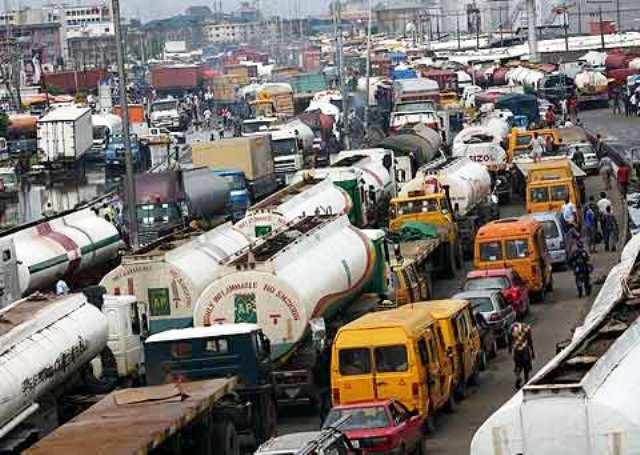 The Senate on Tuesday resolved to wade into the gridlock on Apapa-Mile 2 and Apapa Oshodi areas of Lagos state often caused by heavy duty vehicles, trucks and tankers doing business with the Port at Apapa.

Against this background, the Senate will soon task its Committee on Marine Transport if constituted to investigate causes of the gridlock with a view to finding practicable solutions to the gridlock

A motion to this effect was moved during Senate plenary by wife of former Lagos State governor, Oluremi Tinubu who said the problem of gridlock along Mile 2 road required an urgent attention because of its great impact on economic activities in Lagos state and Nigeria.

The Committee, according to the motion, is to invite the management and leadership of the Nigerian Port Authority (NPA), the Nigerian Shippers Council, Federal Ministry of Works and Transport, the Western Naval Command, NURTW, Association of Marine Truck Owners (AMAYO), the Nigerian Police and others for dialogue.

Senate on the strength of the motion urged the Federal Government to immediately consider a long term plans for technical re-design and expansion for the Apapa-Ijora-Iganmu-Orile Mile 2 access trunks as well as the Apapa/TinCan-Mile 2-Oshode orridor.

It also urged the maritime stakeholders and operators to build a satellite truck/Trailer parks with the capacity that can take not less than 100 000 vehicles at a time.

The Senate said that such a the truck/trailer parks should be designed to have facilities like a vehicle repair yard, diesel dispensing points, restaurants, security, Motel and other facilities for trailer drivers and other occupants of the vehicles.

Presenting the motion, Senator Tinubu observed that the Apapa Port terminal are critical integral part of the national inter-model transportation and chain that bear directly on Nigeria’s maritime/economic activities, hence the need for the government to take urgent step towards containing the gridlock and its attendant problems.

She said the Apapa gridlock constitute great risk on national security and environment with deadly fumes emitting from the trucks and the falling of containers on ever busy roads in Lagos.

She, however expressed concern that the perennial logjam on the access roads in Apapa maritime corridor has indeed resulted in colossal losses of good revenue both to the state and national economies.