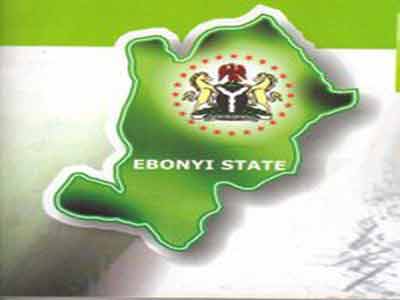 A non- governmental organization, Safe School Academy International has distributed 4000 Safe School Manuals and trained 600 school teachers and administrators as Safe School Ambassadors under the Ebonyi Safe School Empowerment Project (SASEP) in the state.
In a two-day workshop organized in collaboration with the Ebonyi Safe government for staff and Administrators of Local Government Service Commission, Secondary Education Board and Universal Basic Education Board, the Organization noted that the programme was aimed at strengthening education and local government system in the state.
The trainees are to serve as Safe School Ambassadors that would have basic knowledge of what to do in terms of preventive action and in terms of mitigation actions if and when emergencies occur and must have capacity to assess the nature of risks and threats peculiar to school environment.
The National Task Team Leader of Safe School Empowerment Project, Ike Onyechere noted that most tragic attacks on schools could have been prevented if school operators observed basic safety protocols and safety policies installed.
He stressed that the programme was expedient and apt based on the current realities that schools are increasingly becoming targets of terrorism, kidnapping and other violent crimes.
The Regional Director of UNESCO Multisectoral Regional Office, Mr Benoit Sossou added that the psychological impact of these attacks on children and parents is significant with schools now perceived as danger zones and as such discouraging school attendance.
He further said that where the schools were opened, many children and their families were reportedly too scared to return to the classroom.
This, UNESCO Director, said has worsened the education indices of the country that already ranks number one in out-of-school children worldwide at “10.5 million, where we have more than 40 million adult illiterates with 2/3 being women and girls”.
Meanwhile, the state governor, Engr. David Umahi warned head teachers and Principals of secondary schools that his administration shall not hesitate to dismiss them if they allow cultism to exist in their schools.
Represented by his Special Adviser on Primary Education, Mr Itapa Azuobu, the governor warned that his administration frowns at any form of cultism in the educational sector and shall deal ruthlessly with any school leadership that allow it to thrive.
The Governor also said his administration had taken decisive steps to sanitize educational sector prominent of which he said was the setting of educational review committee to review the propose handing over of schools to the missionaries.
“If you are a Head teacher or principal and you allow cultism in your school, you are just preparing yourself for dismissal and we want to tell you that part of what we are doing is to re-introduce moral instruction in schools to conscientize the students to live upright life in the schools.”

Related Topics:Ebonyi trains 600 teachers on Safe School Manuals
Up Next

Chelsea will be back, Lampard backs Mourinho