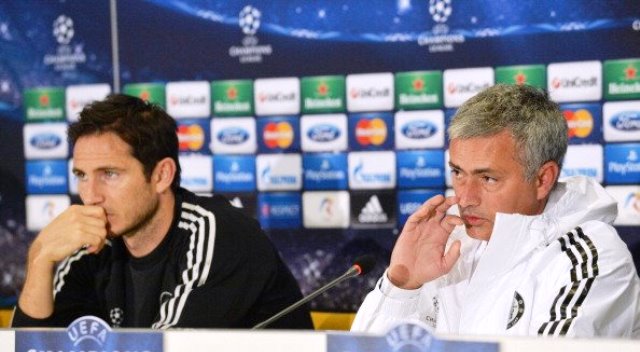 Jose Mourinho will be hurting over Chelsea’s miserable start to the season but it is simply a matter of time before the team get their mojo back, according to former Stamford Bridge great Frank Lampard.

The 37-year-old, the highest scorer in Chelsea’s history with 211 goals, is now playing for New York City and was back in London on Tuesday to receive an OBE (Order of the British Empire) from Prince William at Buckingham Palace.

“He’s a winner, his record says that and it will be hurting him,” Lampard said of his former boss Mourinho. “But I have no doubt about his ability and it will get him through.

“Chelsea will be back,” he told Sky Sports. “It’s a blip. You don’t expect them to lose that many games at the start of the season but they’ll turn it around.

“They have great ability in the squad. It’ll be difficult to win the Premier League now but they’ll move up to where they belong soon,” added Lampard.

“There are too many players who are not quite in form at the moment and that’s why they are having problems.”

Champions Chelsea are sixth from bottom after losing five of their 10 Premier League matches this season and Mourinho has come under increasing fire for his repeated run-ins with match officials and the FA.

The next game for the London club is Tuesday night’s Capital One Cup fourth-round tie at Stoke City.

Lampard, who won three Premier League titles and the 2012 Champions League with Chelsea, said it was “a very proud day” to be awarded the OBE.

“It’s right up there with my achievements on the pitch with Chelsea,” he added.

“It was surreal. We flew back from New York last night. I was very excited, have never been to the Palace before.”