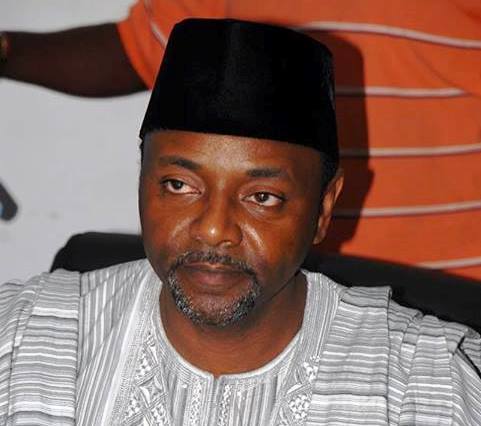 Alhaji Mohammed Abacha, eldest son of the Nigeria former military Head of State, late Sani Abacha is facing a court action before a Lagos high court sitting in Ikeja, over an alleged debt of N32, 161, 000.

Mohammed, who is the 4th defendant in the suit, was charged to the court by one Alam-Hyriel Ezeugo and Total Support Securities Limited over alleged failure to honour a security contractual agreement with the security company.

Other defendants in the suit are Sabaco Limited, Paramount Floor Mills Limited and Strategic Properties Limited as 1st, 2nd and 3rddefendants respectively.

The matter which was fixed for hearing yesterday before justice Olabisi Ogungbesan could not hold as the court failed to sit.

According to the claimant’s Statement the claimants hold that on April11, 2000, it went into an agreement with one Alhaji Mohammed Abubakar, who was the Chief Security Officer of the 1st defendant and one Alhaji Haruna

Abdullah who was the General Manager of the 1stdefendant, to provide security services to defendants 20 duplexes located atRaji Rasaki Estate, Phase 2, Amuwo Odofin, Lagos, at the salary rate of N5, 000per duplex per month, which is N100, 000 per month for the entire 20 duplexes.’

He explained that the cost was later reviewed to N20, 000 per month per duplex from February 2005.

He also maintained that the buildings were taken over by miscreants and hoodlums due to a near total abandonment of same by the owners whom investigations revealed to be traceable to Abacha family, which at this period was in disarray upon the demise of late General Sani Abacha and the prosecution of Alhaji Mohammed Abacha, the 4th defendant who was in detention for the alleged murder of late Alhaja Kudirat Abiola.’

The claimant claims that after taking over the security of the duplexes, ‘unpaid security salaries due to the claimants began to accumulate’ but was pacified by one Captain Sulaiman Sanusi who advised me to exercise patience and that as soon as Alhaji Mohammed Abacha fully regained freedom from Federal government investigations, claimants payment will be a priority.”

According to the claimant, all efforts to recover the money, including a letter dated May 25, 2010, allegedly written to Mohammed Abacha proved abortive to date.

It added that a letter dated November 1, 2004,was also forwarded to the President Olusegun Obasanjo intimating him of the situation, and a reply dated November 25, 2004, from the Presidency indicating that the matter has been referred to the Economic and Financial Crimes Commission (EFCC) for investigation.

It therefore demanded for a sum N82, 161, 000 as ‘outstanding arrears of unpaid salaries, fees and damages.

The matter was adjourned till November 24, 2015 for hearing.