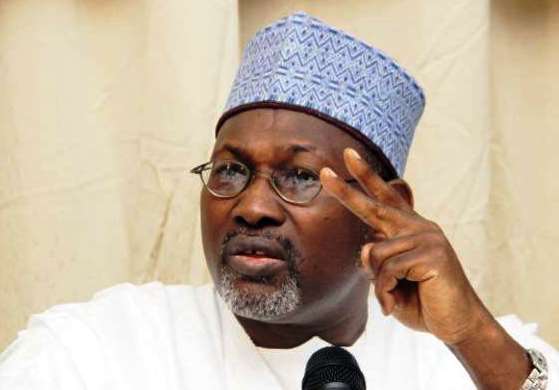 Professor Attahiru Jega, former Chairman of the Independent National Electoral Commission (INEC) has said that Nigeria would have been engulfed in constitutional crises had the 2011 and 2015 general elections stalemated into a run-off, if there were to be no outright winner.

Jega disclosure on Thursday in Abuja while delivering a lecture titled: Nigeria Electoral Reforms: Challenges and Prospects, organized as part of University of Abuja Public Lecture Series, said the constitutional provision requiring a run off to be conducted within seven days if no outright winner emerged, would have been difficult to be implemented by the commission maintaining that NEC requires at least six weeks to prepare for any run off instead of the seven days as allowed by the constitution.

He said, “Presidential run off would have ignited constructional crises. We recommended to national Assembly since 2013 to amend certain sections of the constitution particularly those requiring 7 days to conduct run off but they have not heeded our request. It is a compelling necessity.”

On the need for a sustainable electoral reform, the former INEC boss said given the fact that elections are the major pillar of leadership selection and governance in liberal democracies, constant and un-seizing effort for the reformation of the electoral process is imperative, especially in all countries that are democratizing.

“It is especially necessary in countries transiting to democracy, such as Nigeria, where there is a long history of badly conducted elections; where elections have been bastardized, and many voters have become despondent and have virtually given up hope of their votes counting in choosing their elected executives or representatives in legislative Houses”, he mentioned.

The former ASUU boss further lamented that Nigeria’s fledgling democracy needed to be demerged from what he called “series of badly conducted elections” that creates perpetual political instability and easily reverse the gains of democratization.

According to him, “If adequate care is not taken, badly conducted elections can totally undermine democratization and replace it with authoritarian rule, of the civilian or military varieties. At best, they can install inept and corrupt leadership that can herald, if not institutionalize bad governance’’.

Earlier in his welcome address, Professor Micheal Adikwu, Vice Chancellor of the University said that the Public Lecture series was instituted to create interactive activities beyond the usual classroom setting.

Related Topics:Jega: Nigeria would’ve been in constitutional crises if…
Up Next