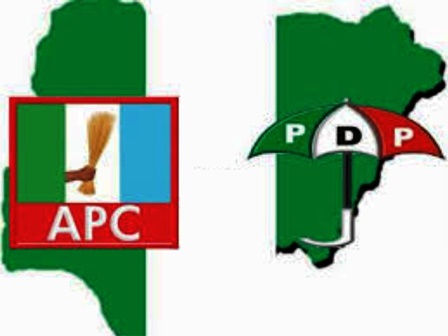 The kidnapped mother of the running mate to the flag bearer of the All Progressive Congress (APC) Madam Ebifeghe Dikoro, have continued to raise tension in Bayelsa State.

The centenarian was reportedly kidnapped at about 1:00 am on Thursday at her community in Foropa, Southern Ijaw Local Government Area of the State by some unidentified gunmen in three speed boats.

Astimin Butwat, spokesman of the State Police Command, who confirmed the incident, said the details were not available because they weren’t officially brief by the victim’s family.

Already, the abduction has sparked off claims and counter claims between the campaign organizations of the Chief Timipre Sylva and Governor Seriake Dickson.

While the Director of Publicity of the Sylva/Agiri campaign Organization, Chief Nathan Egba, attributed the abduction of the Centenarian to the alleged violent campaign embarked upon by the PDP candidate and State Governor, Hon. Seriake Dickson.

The PDP, through the Chairman of the Bayelsa Media Team, Hon. Dan Kikile, said though the abduction of the centenarian is condemnable, the claims by the APC is unfounded and baseless.

According to Nathan Egba, “we call on the PDP, particularly the Governorship candidate, to lower the political temperature in the state and lead by example as he seems to be preaching violence and insulting the APC leaders in all public events.”

“The kidnap of the woman is only the latest in a rash cases of kidnapping and sea piracy that has apparently overwhelmed the security agencies in the State. Recall that last year, the Uncle and Guardian of our Governorship candidate, Chief Timipre Sylva, also died in the hands of the kidnappers. Yet Governor Dickson kept shouting about peace and security.”

In his reaction, Hon. Dan Kikile said the Hon. Seriake Dickson administration had in the past raised an alarm over the increase in violent crimes in the state due to the activities of the APC, ”We are aware that these security issues are created to deliberately call to question our record on peace and security. They know that one of the things we are showcasing is security and peace and restoration of law and order.”

Related Topics:APC trade blames over kidnap of 103 years old mother of Sylva’s running matePDP
Up Next

Jega: Nigeria would’ve been in constitutional crises if…