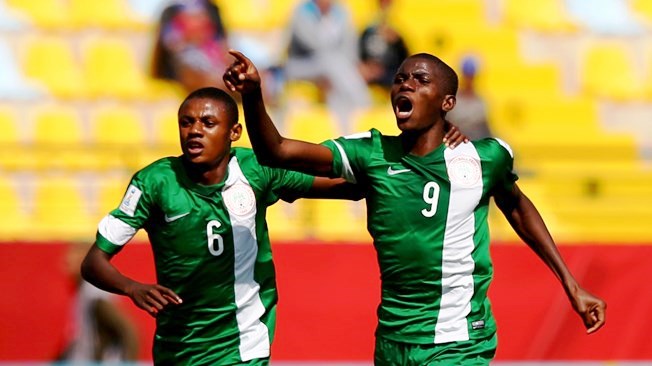 Holders Nigeria cruised into the FIFA U-17 World Cup semi-finals after stunning Brazil with three goals in five first half minutes in a 3-0 victory. Victor Osimhen, with his eighth goal in five games, Kingsley Michael and Udochukwu Anumudu battered Brazil, and the Golden Eaglets played the rest of the game out at a canter to reach the final four.

Brazil had looked bright in the opening stages, either finding Akpan Udoh in fine form in the Nigerian net or hitting their opportunities off target, with Rogerio and Evander two of the culprits. A Seleção were made to rue those missed opportunities when the lethal Osimhen extended his lead at the top of the goalscoring charts. John Lazarus crossed from the Nigerian right and the Nigerian No9 headed in, via a deflection off Eder Militao.

Moments later, Nigeria doubled their lead, Osimhen instrumental once more. The forward hooked a bouncing ball back over his shoulder, with Michael following in. The ball bounced up off the turf and past Juliano. The Brazilian No1 was deceived by another bounce just four minutes later, as Anumudu hit a left-footed drive from distance. The effort skipped off the turf, and past the stopper, who was visibly unhappy at not keeping the shot out.

The second period saw few clear-cut opportunities, with Funsho Bamgboye and Evander going closest for either side but, in truth, it was a mere procession for the holders to take a step closer to retaining their title. They will head to Concepcion for Thursday’s semi-final against the winner of tomorrow’s quarter-final between Ecuador and Mexico. (fifa.com)

Related Topics:Nigeria’s Golden Eaglets demolish Brazilsoar into semi
Up Next

Saraki battles to regain control after brawl with PDP Senators