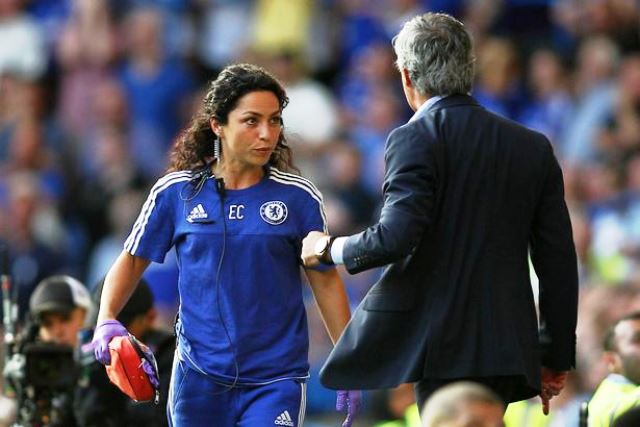 Chelsea manager Jose Mourinho has been a named a respondent in the legal action being brought against the club by their former team doctor Eva Carneiro for constructive dismissal, sources close to the case said on Monday.

Papers have been served for a preliminary hearing date, which has not been disclosed, and the Premier League champions have 28 days to file a response.

Chelsea’s Portuguese manager was angry when Carneiro ran on to the pitch to treat midfielder Eden Hazard during the opening match of the season against Swansea City at Stamford Bridge.

Chelsea were already down to 10 men after goalkeeper Thibaut Courtois was sent off and, with Hazard having to leave the pitch after treatment, they were temporarily left with nine players.

Mourinho called Carneiro “impulsive and naive” and removed her from first-team duties.

Carneiro has since left the west London club.

Related Topics:Mourinho fingered in Eva’s law suit against Chelsea
Up Next