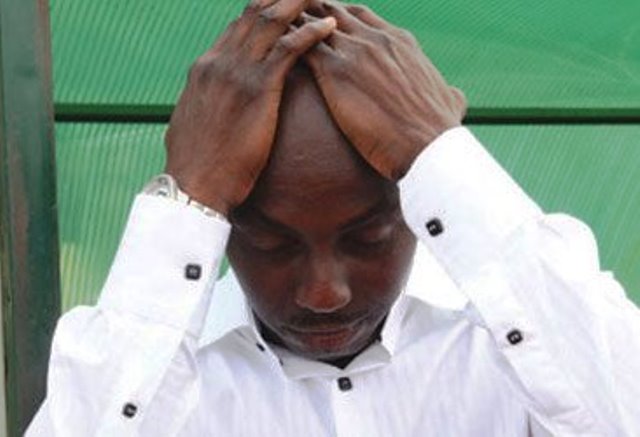 Nigeria U23coach Samson Siasia has been issued a final warning by the Nigeria Football Federation (NFF) after his critical comments against his employers.

He has also been fined 500,000 Naira and ordered to apologise in the media after he revealed he was owed three months’ pay and his team have been abandoned and so not ready for the Africa U23 Nations Cup in Senegal later this month.

An official said: “Siasia has been very sober since his bosses came down hard on him.”

Siasia was queried for his media comments and the NFF had already placed Eagles assistant coach Salisu Yusuf on standby to lead Dream Team VI to Senegal.

The African U23 Nations Cup, which will also be a qualifying tournament for next year’s Rio Olympics, kicks off November 28 in Dakar and Nigeria are drawn with Egypt, Mali and Algeria in the group phase.

Related Topics:000 fineNFF slams Siasia N500warning over comment
Up Next